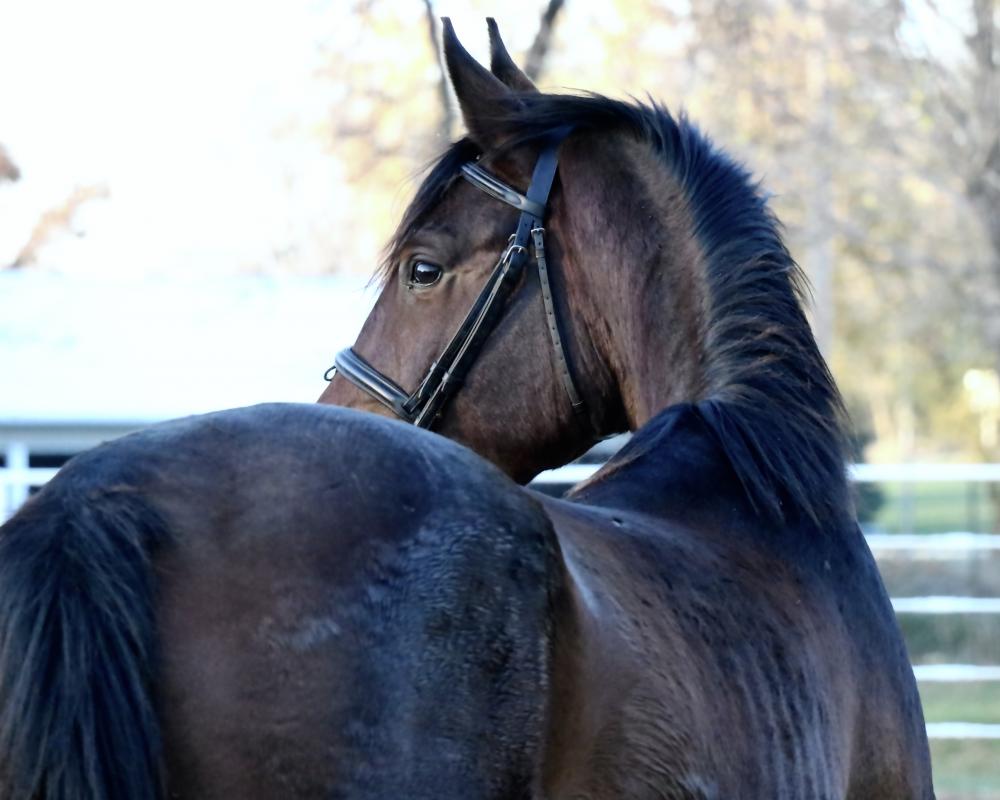 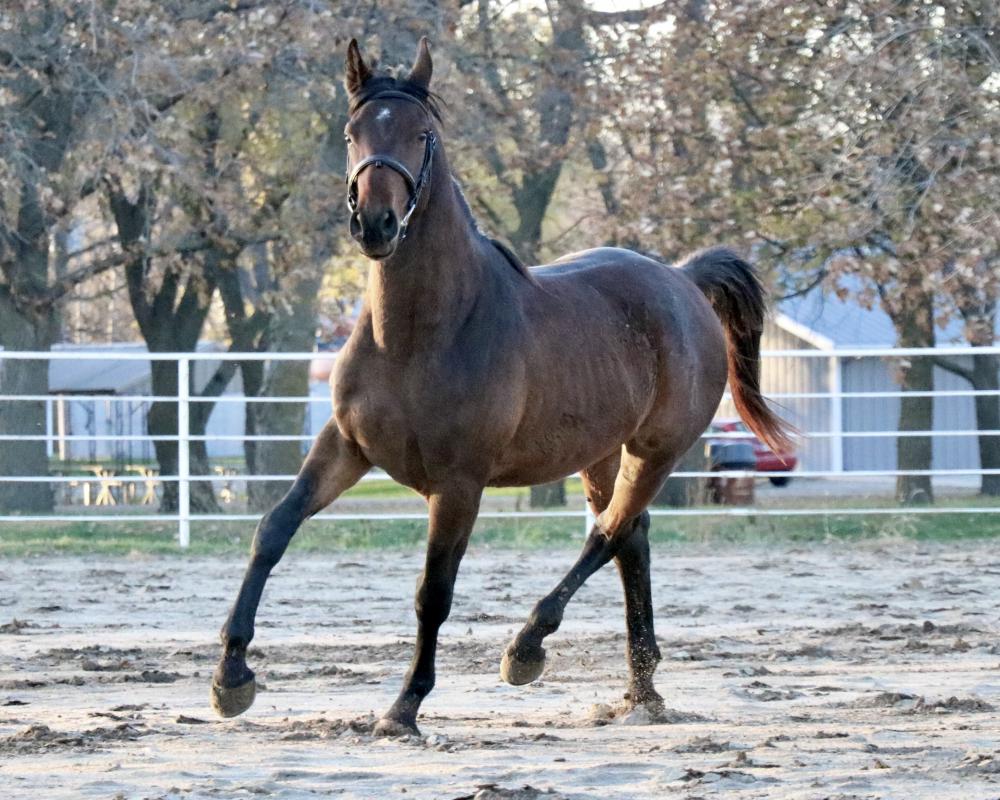 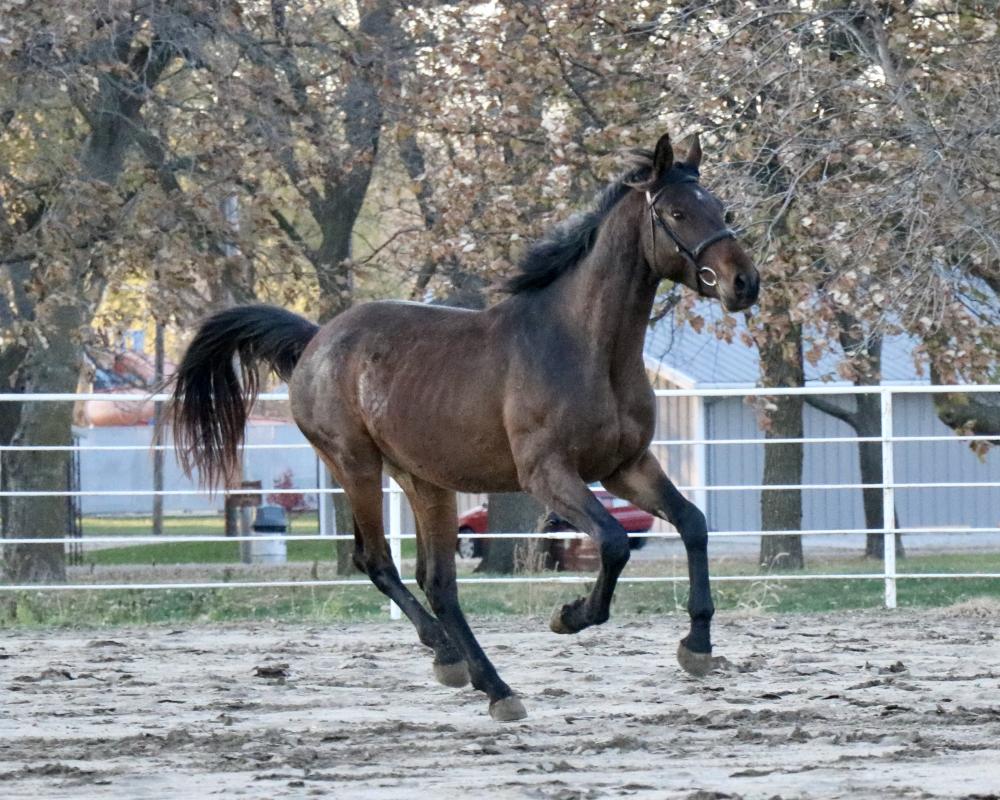 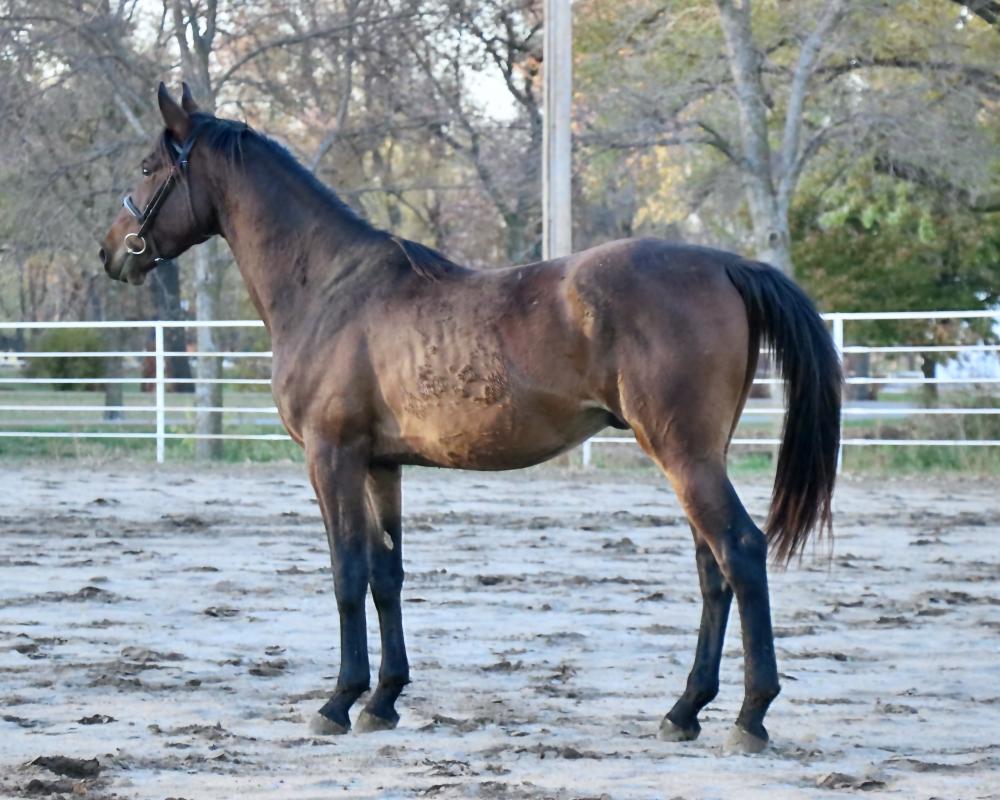 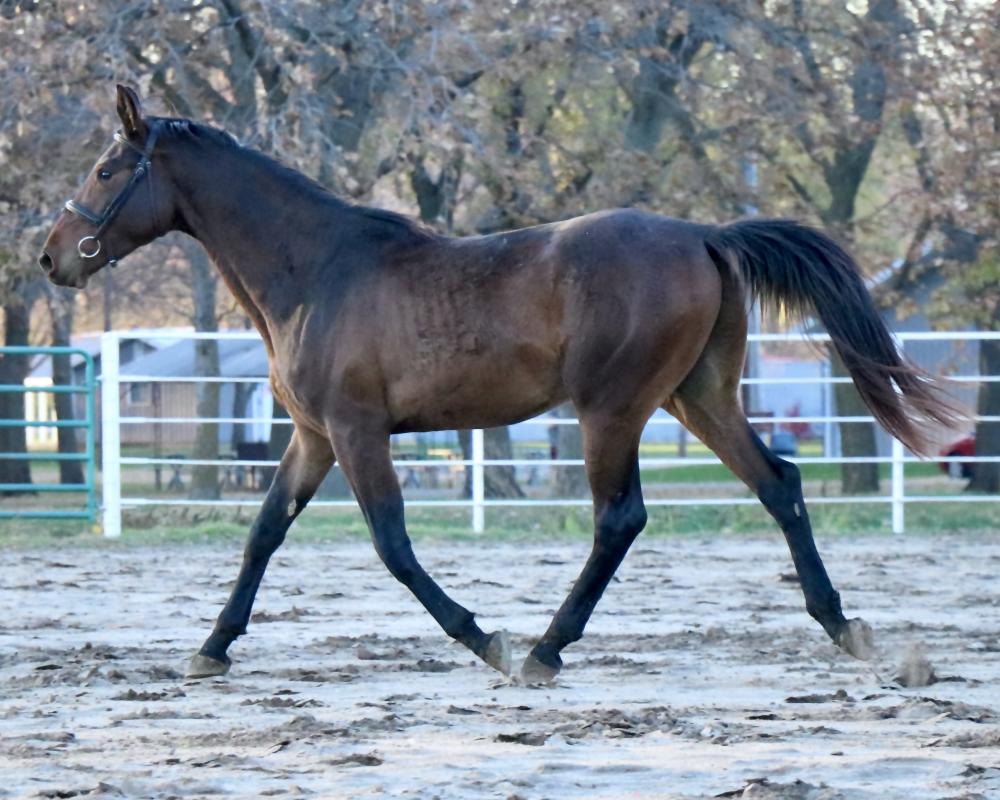 Sire: Prelude by Mozart (Mozart/Condus/Coktail) Dam: TyAnne a Troubadour grand daughter. His pedigree boasts OLD FEI bloodlines. His dam's grandsire Troubadour, was approved at Neumünster in 1975, after which he stood at the Klosterhof Medingen until May of 1978 when he was imported the US. In 1988 he was the reserve horse for the Swiss Dressage Team at the Seoul Olympics. His Grandsire Mozart, was Reserve Champion of the 1975 Neumünster approvals. He was performance tested at Klosterhof Medingen in 1976 and was Reserve Champion there as well, then later went on to a successful FEI dressage career. He stood in Germany until 1979 for Emmerthal-Hämelschenburg and then was imported to Holland were he had been accepted as an improvement stallion in the Dutch Warmblood breed. While in Holland he stood at Berkenhoeve and was a Dutch Champion 3 times. In March of 1985 he was imported to the US.

Torun is a big modern type gelding with good bone and depth of body. Showing to be extremely athletic. This boy is going to be big- close if not at 17 hands. He has a great disposition. Very laid back, and easy to work with. Inquisitive and absolutely Loves attention. He spent his first summer running with large donkey geldings to learn herd dynamics and 'horse' manners. He spent this summer running in pasture hills with other young colts and geldings. He has a beautiful impulsive and elastic gait, and yet shows an ability for jumping with a naturally bold jump. Good hock action and a strong use of his rear end. With his size, he was brought in last winter so that some ground work could be started. Lunges to voice commands, wear bridle and surcingle. He has shown to be extremely intelligent and he absolutely LOVES to be worked with. Is scheduled to begin training with an FEI trainer, and his price has increase accordingly.