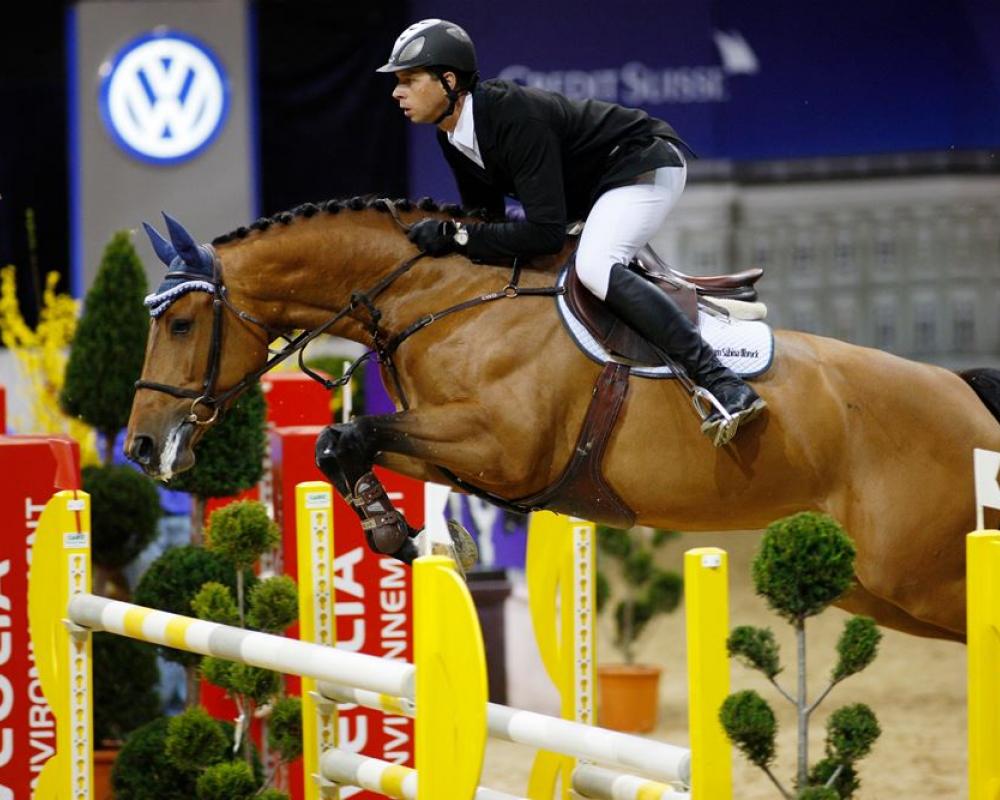 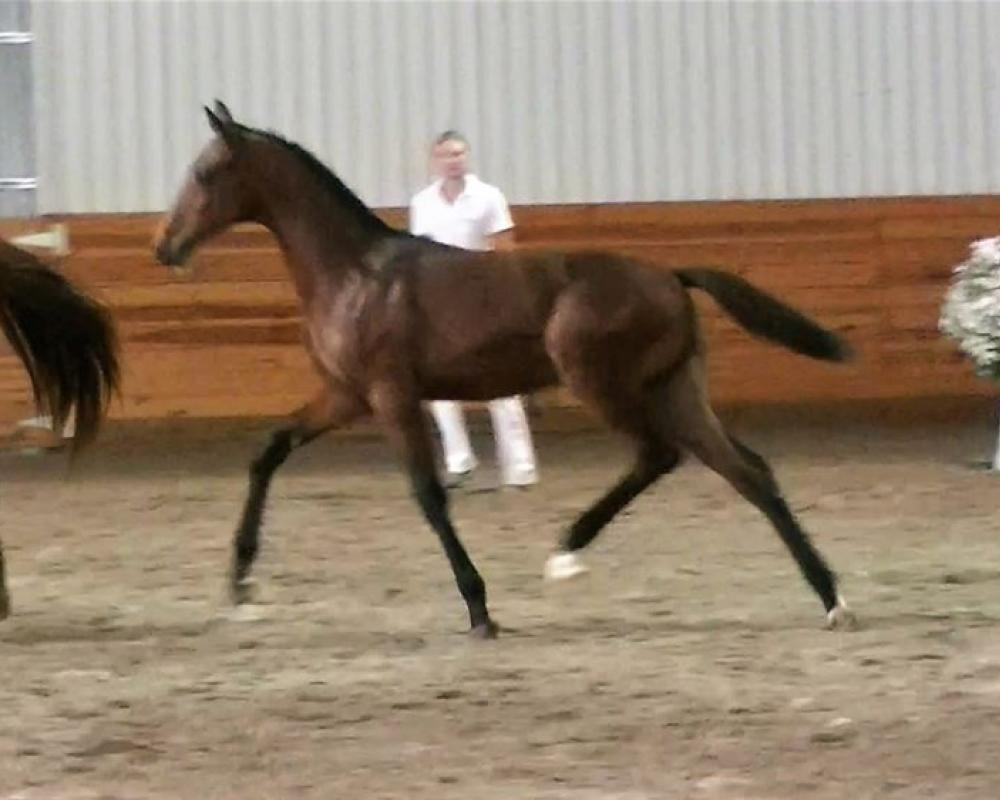 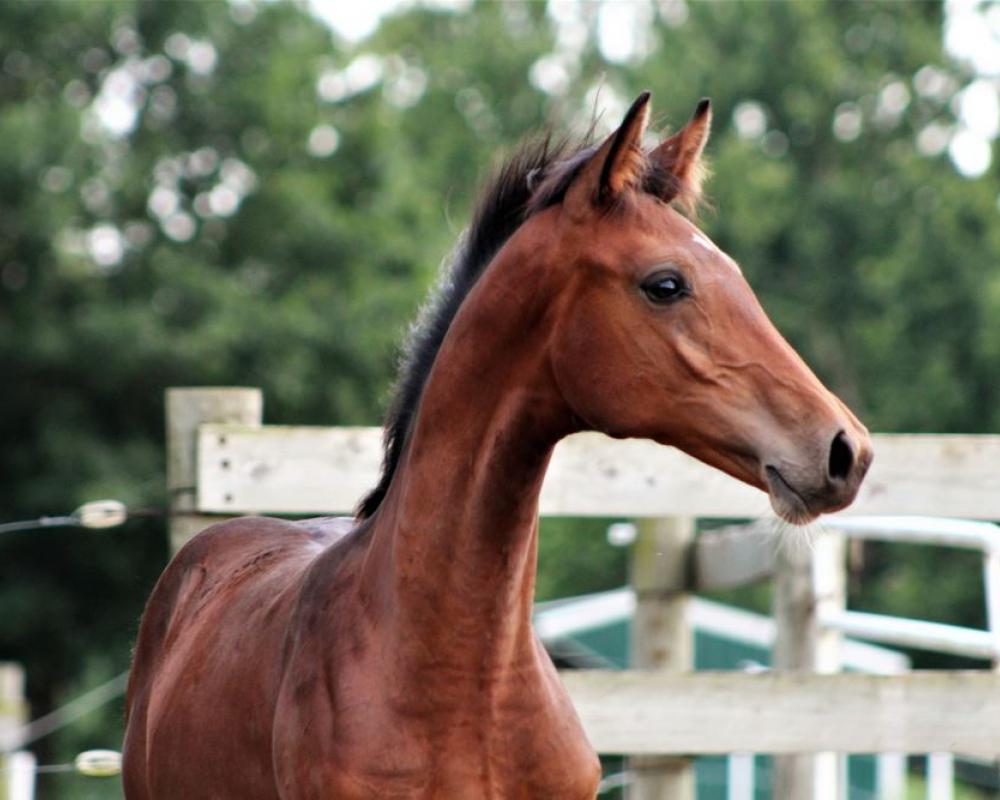 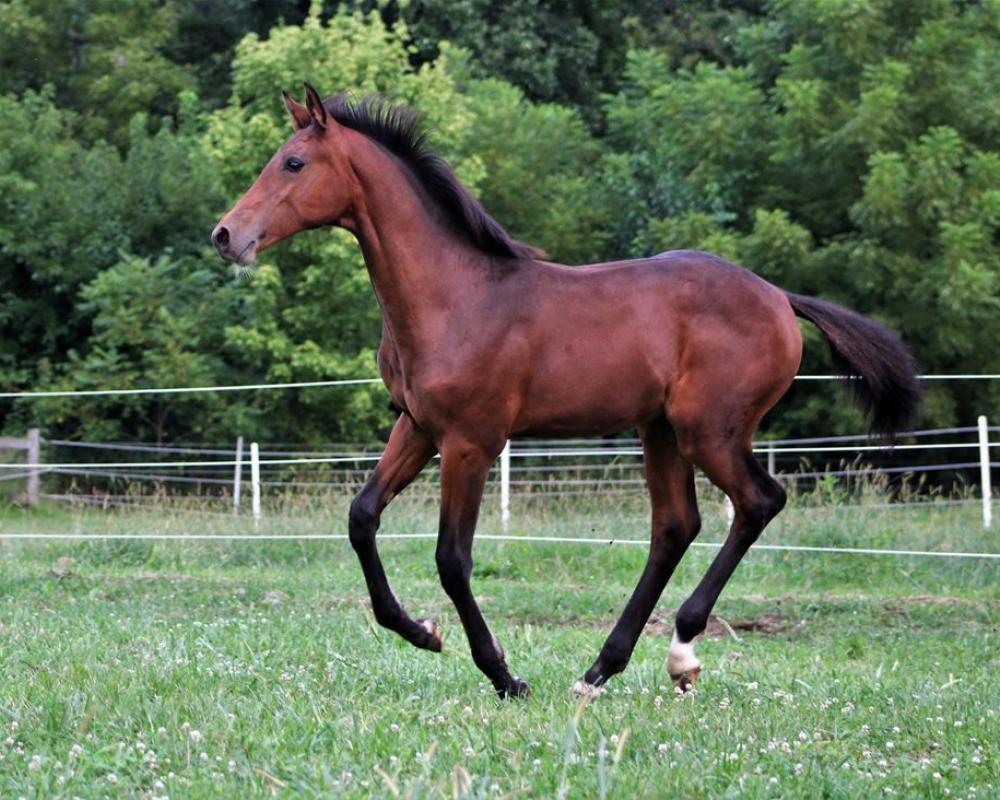 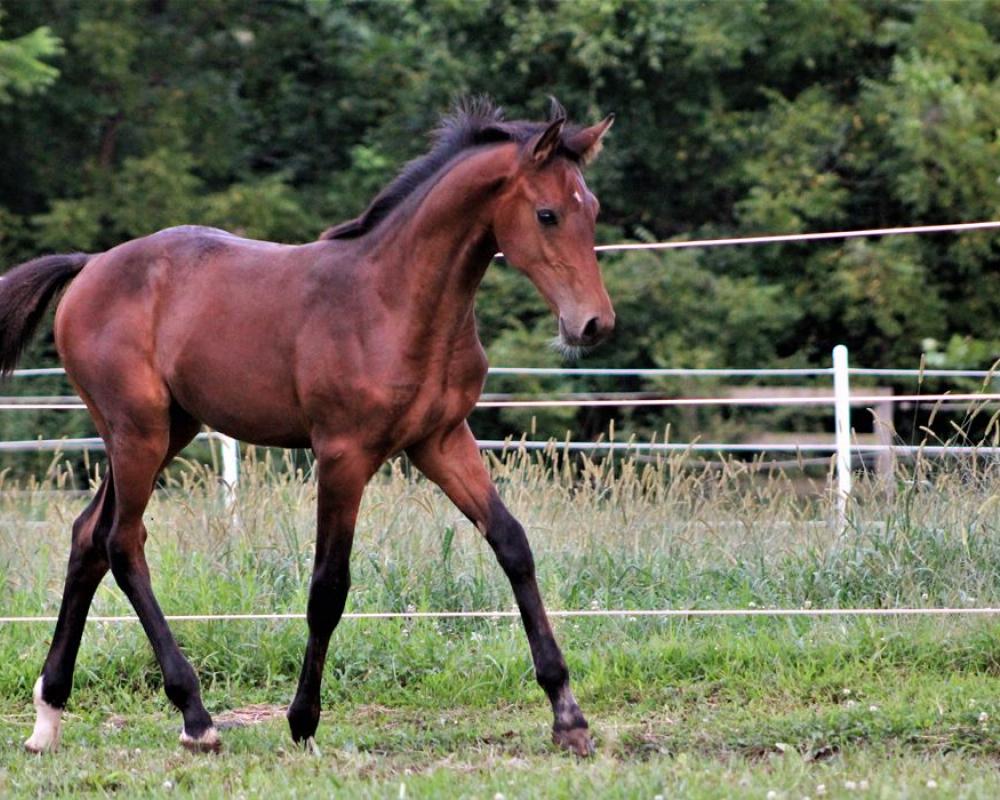 2019 In Utero Foal; Contefino/Libero H/Voltaire
Deposit holds foal. Live, healthy foal guarantee. Price is all inclusive for registration and routine care through weaning. Currently priced at $10,500. Inquire via email or text/call 660-441-5002.
Sire: Contefino (Contender/Corofino)
Contefino was known throughout Europe for his remarkable jumping ability. He successfully competed at 1.60m in Europe. Contefino has already proven himself as a very successful sire even with a relatively small amount of offspring, having produced numerous horses jumping 1.45m and over, including the stallion Contecord, jumping at 1.55m and Contessina della Caccia, jumping 1.50m. He is also the sire of rising young stars, such as Ashlee Bond's Young Jumper Champion Contefina. In addition he is also the sire of several approved stallions.
Dam: La Ina 18 (Libero H/Voltaire)
La Ina is a former successful show-jumper who competed in Germany at S level, before being imported to the U. S. where she had a highly successful career in the jumper ring. La Ina comes from a very strong family of jumping talent. Her maternal half sister La Voltaira, is currently jumping at S level in Germany and her maternal half brother Chicago W is jumping at 1.45m in Europe. La Ina's mother, Volurla, is a full sister to the mare Volturla who is the dam of Evalon-Lavor, 1.60 m jumper most recently competing on the Longines Global Champions Tour. Volturla is also the dam of the stallion Quitaire, jumping at 1.45m in France, and the dam of Voltaira, who is the dam of the licensed Zangersheide stallion Belmus.
This foal will be a full sibling to La Ina's 2017 foal, who was sold in utero. He went on to be a Premium foal at his Holsteiner inspection, as well as being the site champion foal.
La Ina has also produced two GOV registered Premium Foals for a previous owner, the oldest of which is starting her sport career in Europe.
Jumping photo is dam, La Ina, and foal photos are the 2017 full sibling.