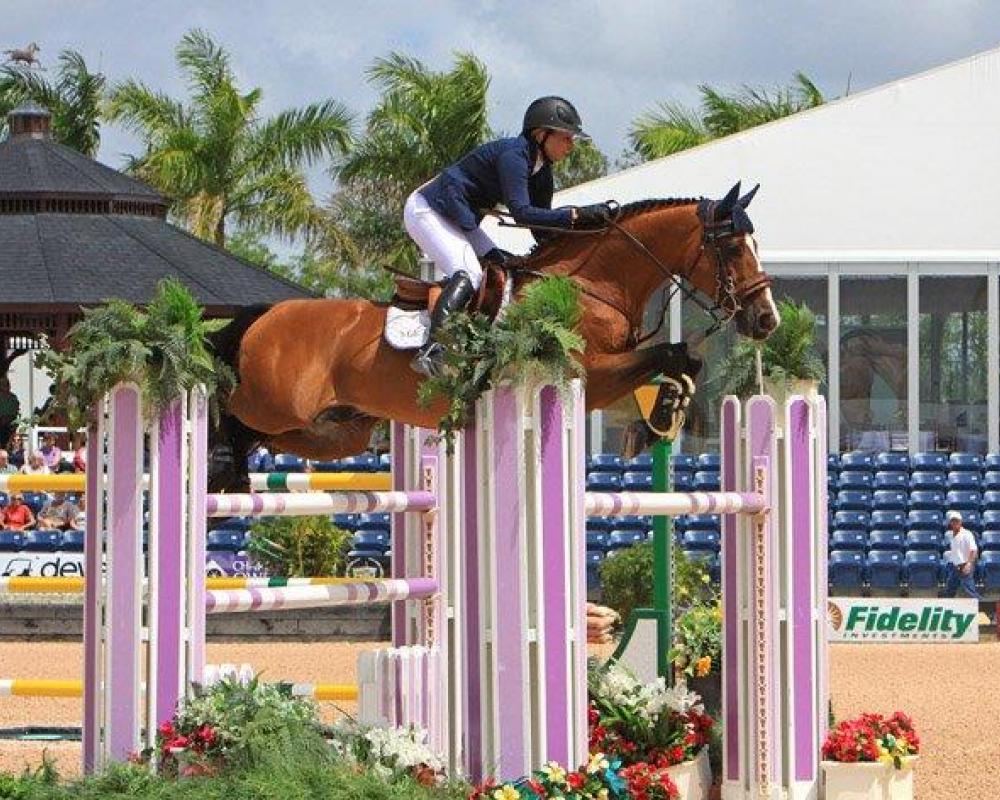 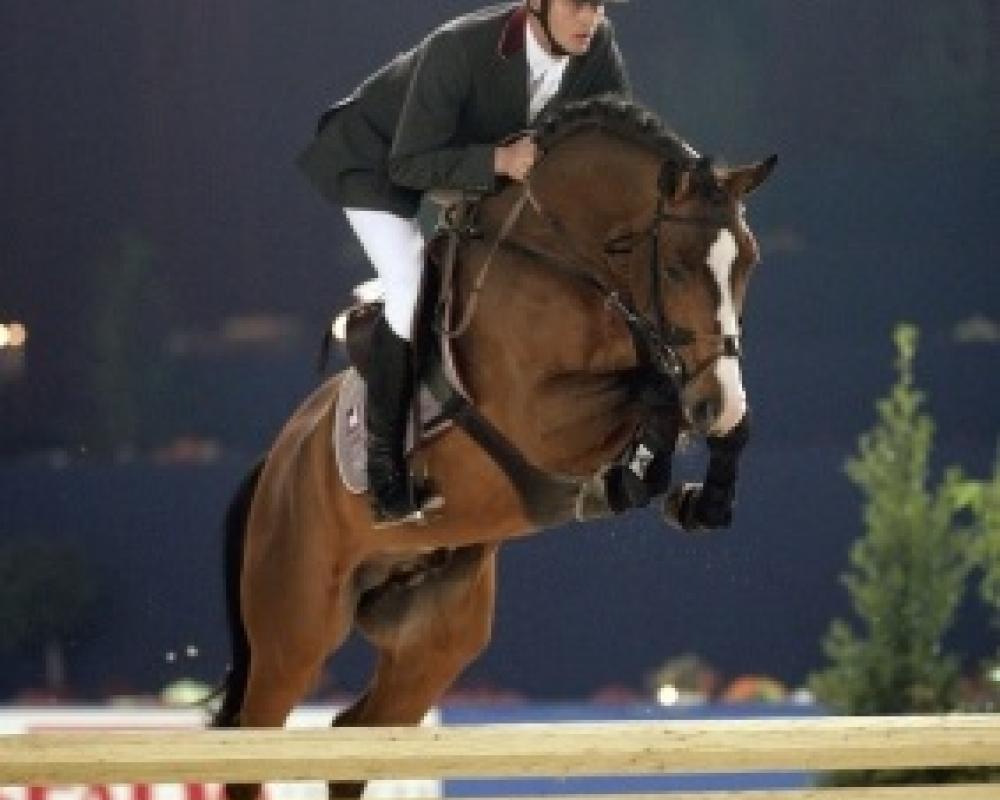 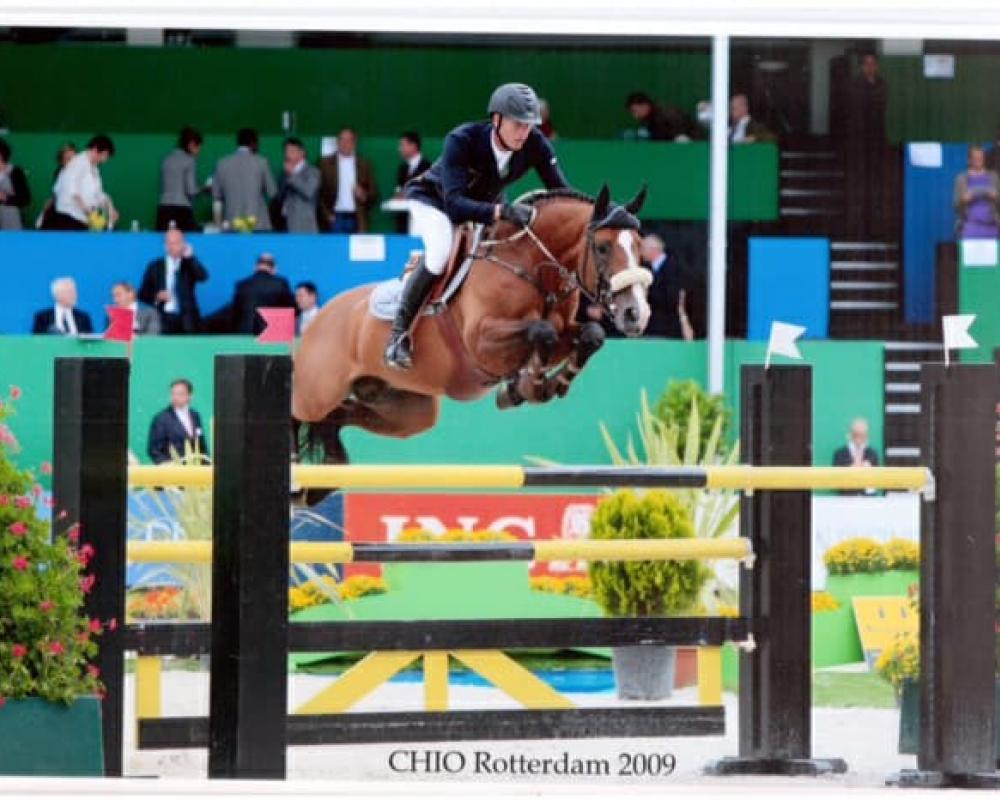 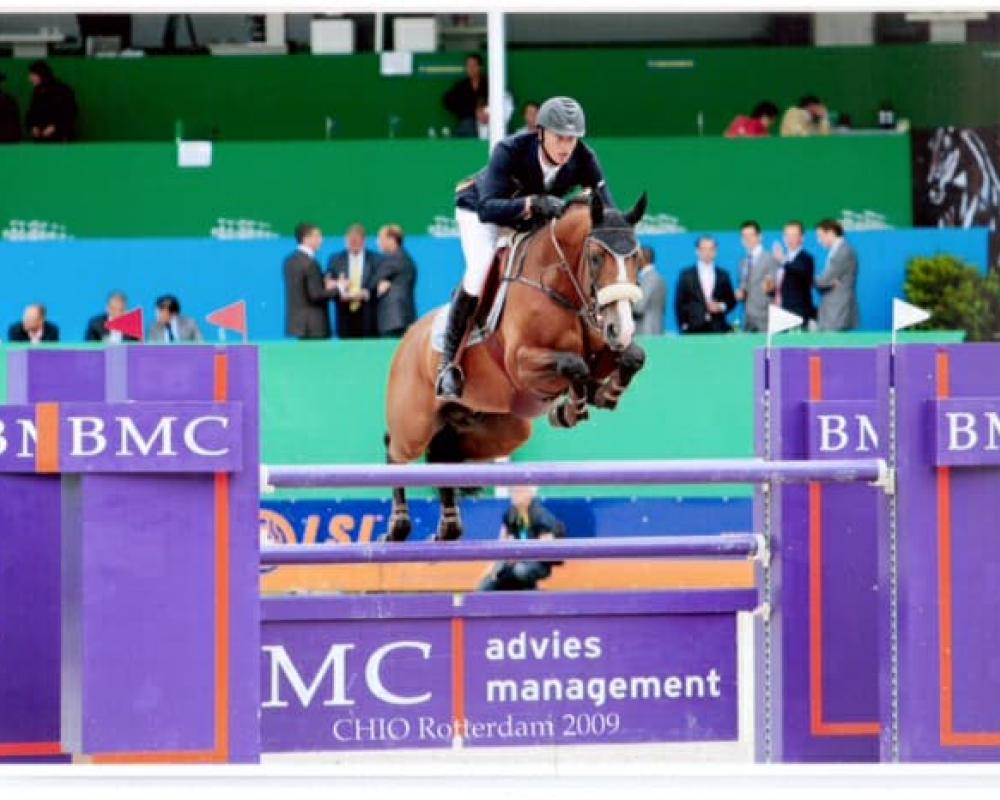 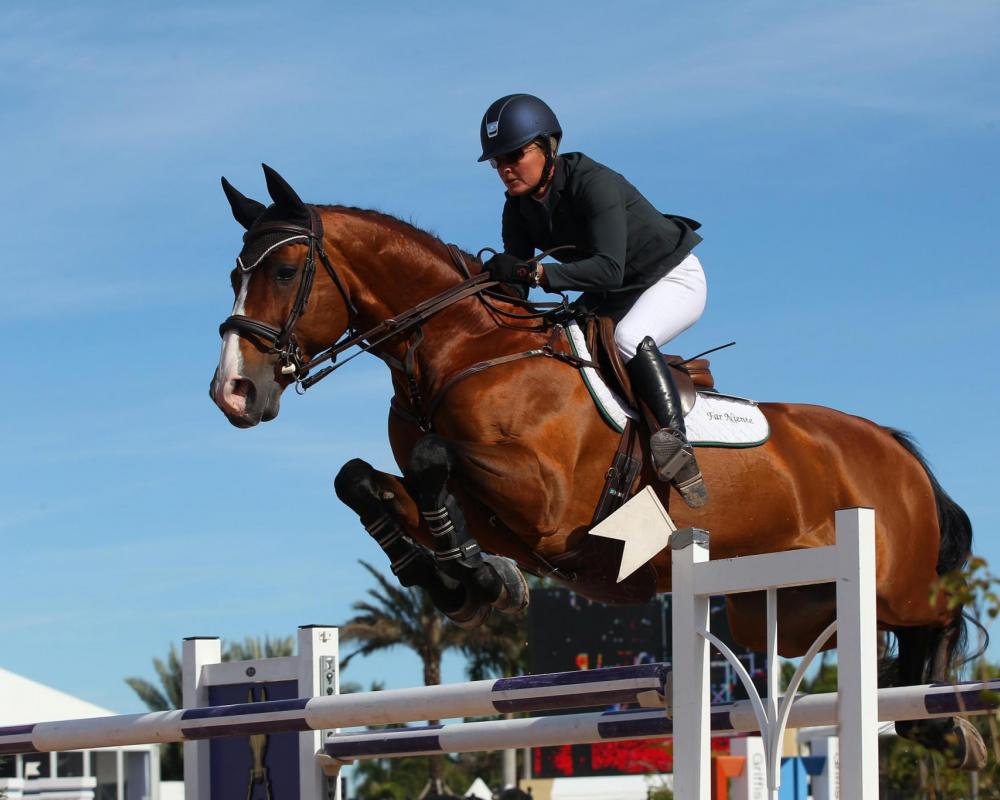 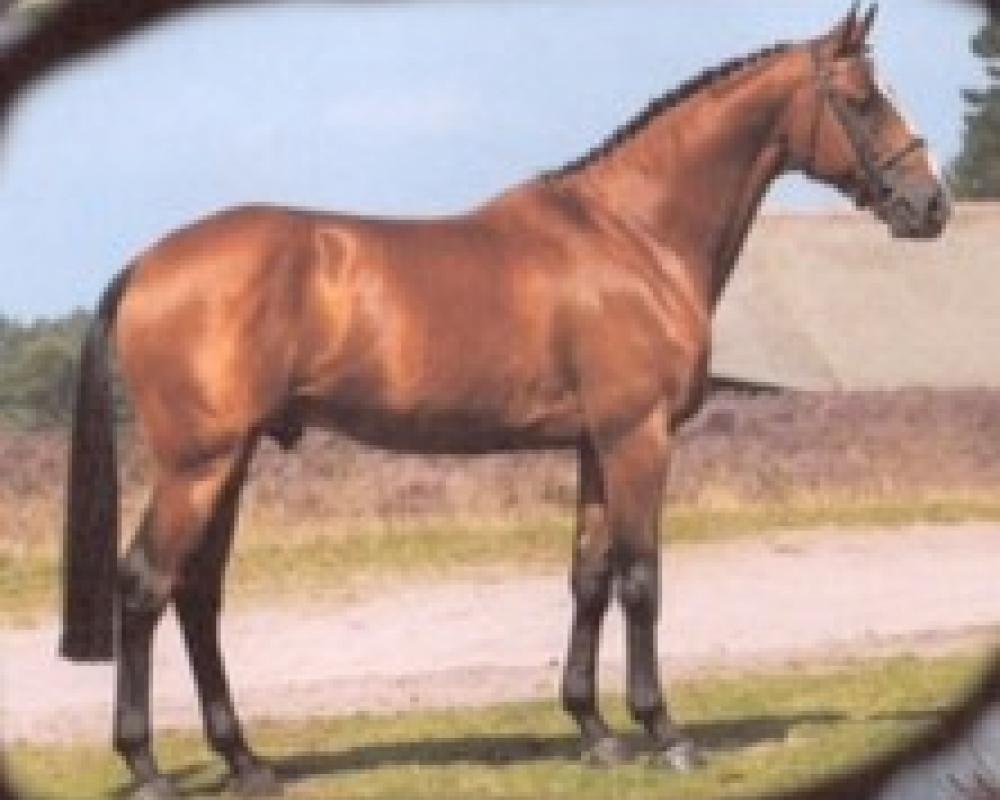 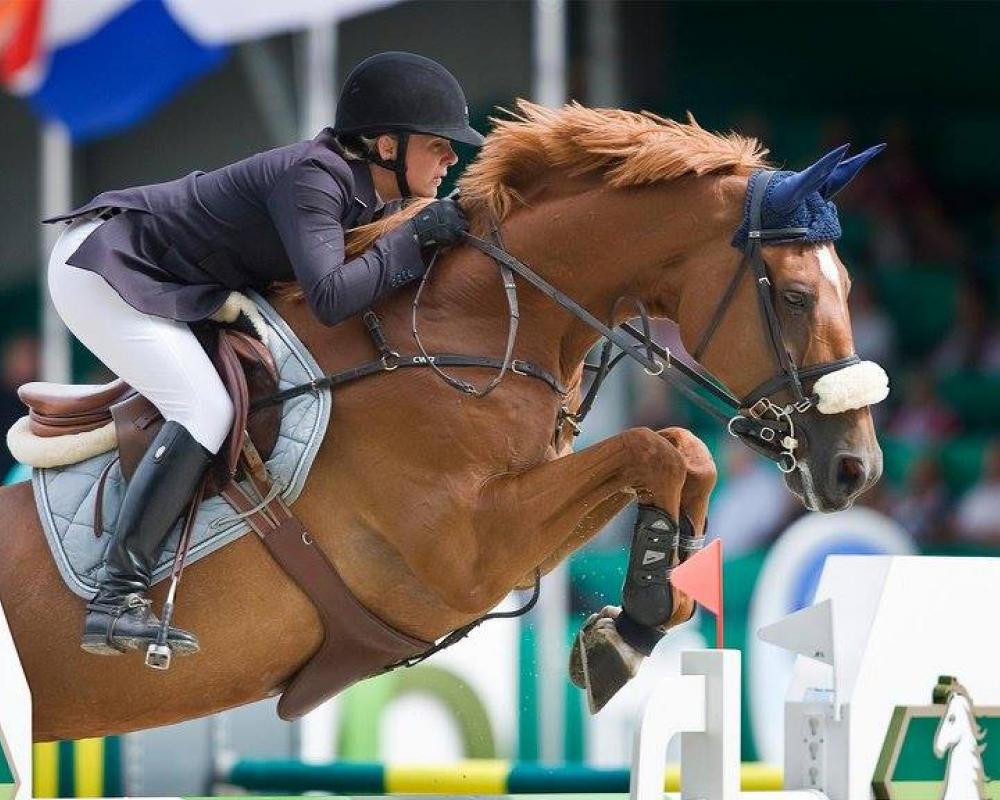 Utopie, (USA Show Name Combina) is a 16.1hh bay KWPN stallion by Jacomar out of Pherna Keur Sport by Calvados.

Utopie is an international show jumper, with successes at 1.6 meter level, shown under Marc Houtzager (NL), Candice King (USA), Nicole Bellissimo (USA) and Kirsten Coe (USA). Utopie’s parent’s lineage show the ultimate in performance genes through offspring and heritage. Utopie left Holland at the early age of 9 focused on a show career, rather than breeding, despite that Utopie is 6th on the list for leading sires of offspring jumping 1.30m and up, following closely behind Heartbreaker, Mr. Blue and Cantos. Utopie performed excellently during the Stallion Competition 2006/2007 with Marc Houtzager winning the final in Den Bosch. Utopie was the first KWPN stallion of his licensing year to debut in the 1.60 meters classes and making an impressive entrance with 2 clean rounds.

Dam Pherna competed up to 1.60m as well and scored 9 and 8.5 for her jumping on her IBOP and has made her international debut. This line has produced many GP jumpers including grandmother Cerna, who had five siblings jumping at the highest national level.

For more information on this Stallion and his offspring please visit his page: https://www.eurequine.com/utopie-combina