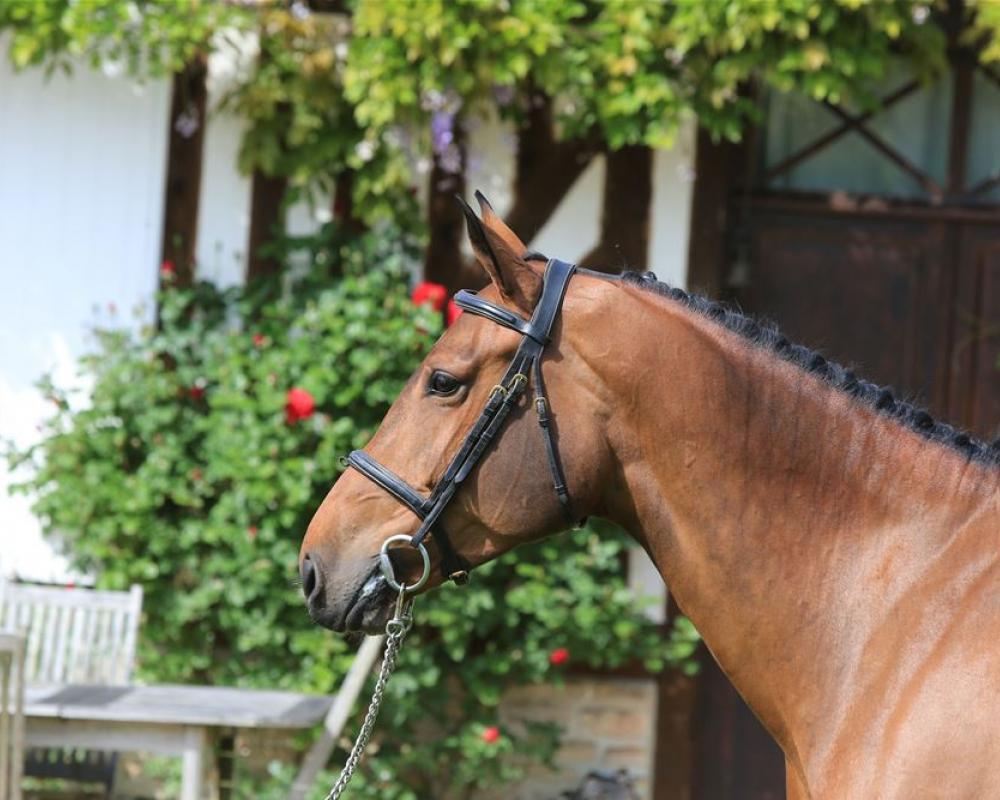 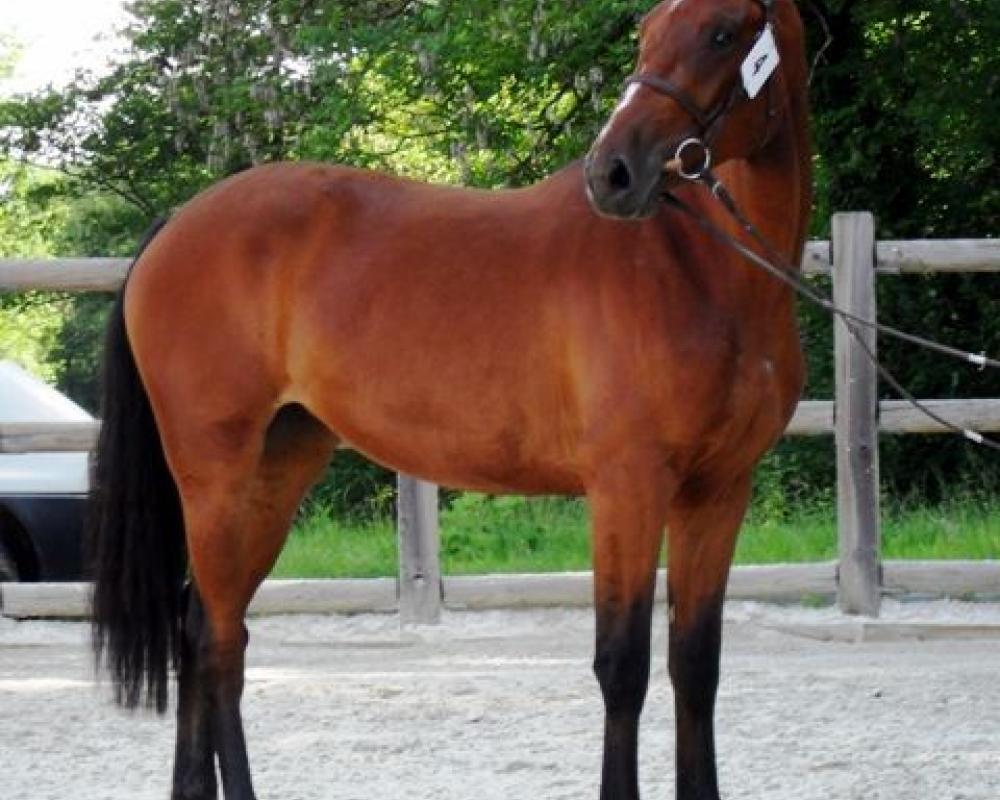 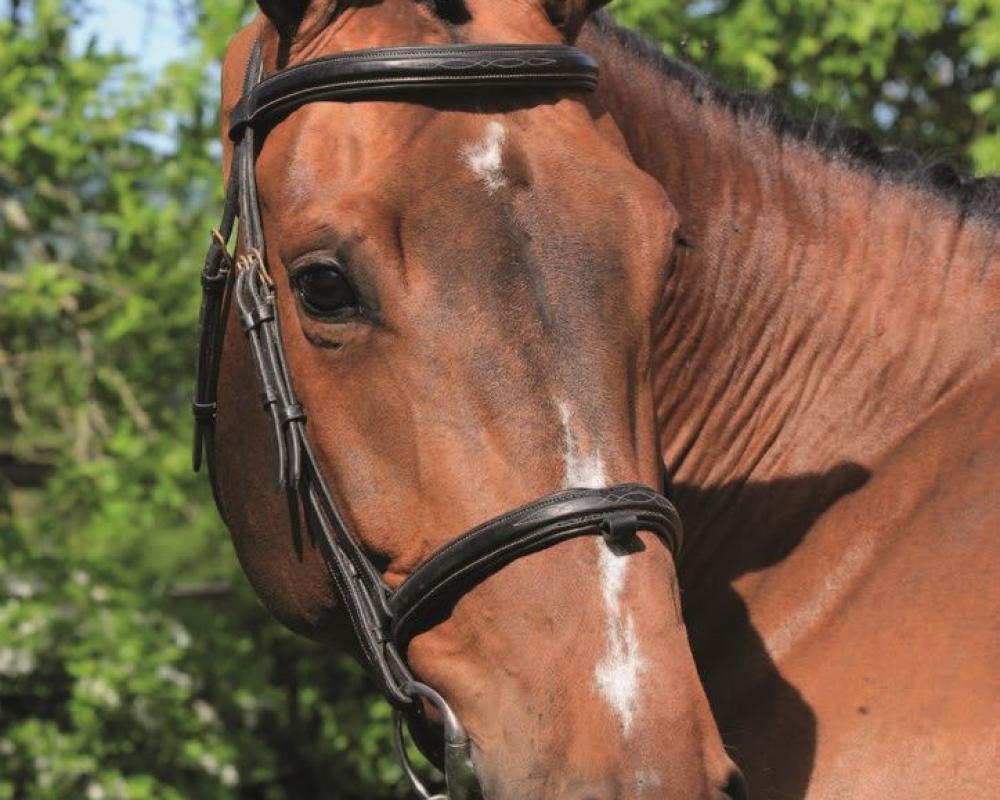 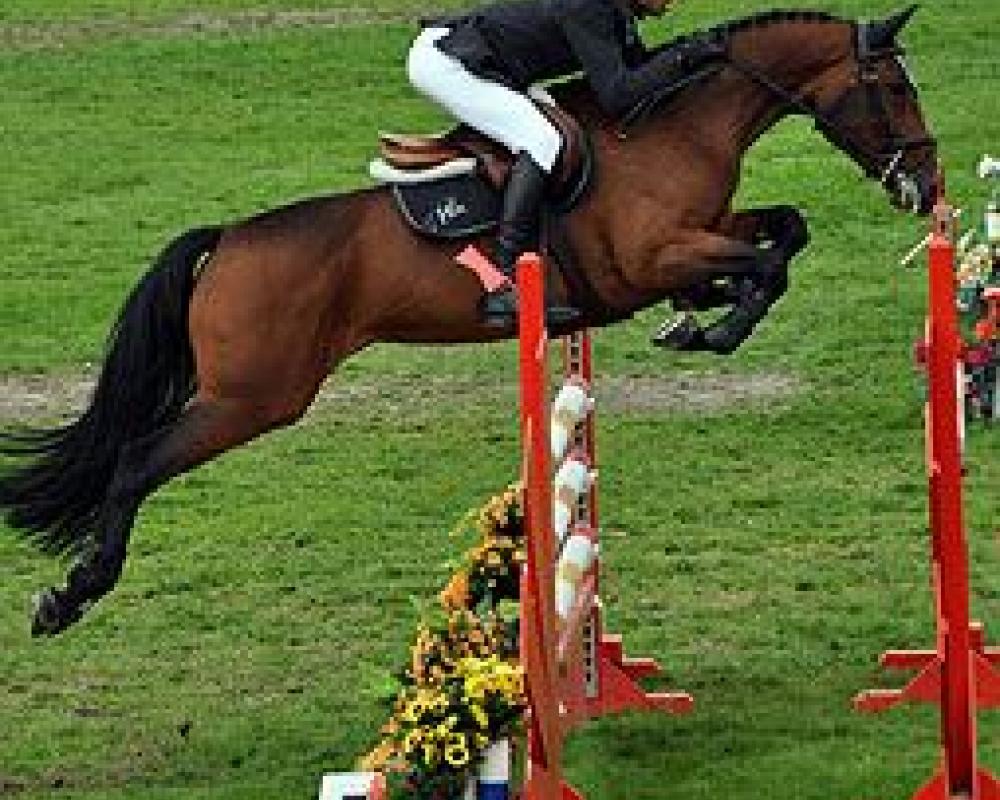 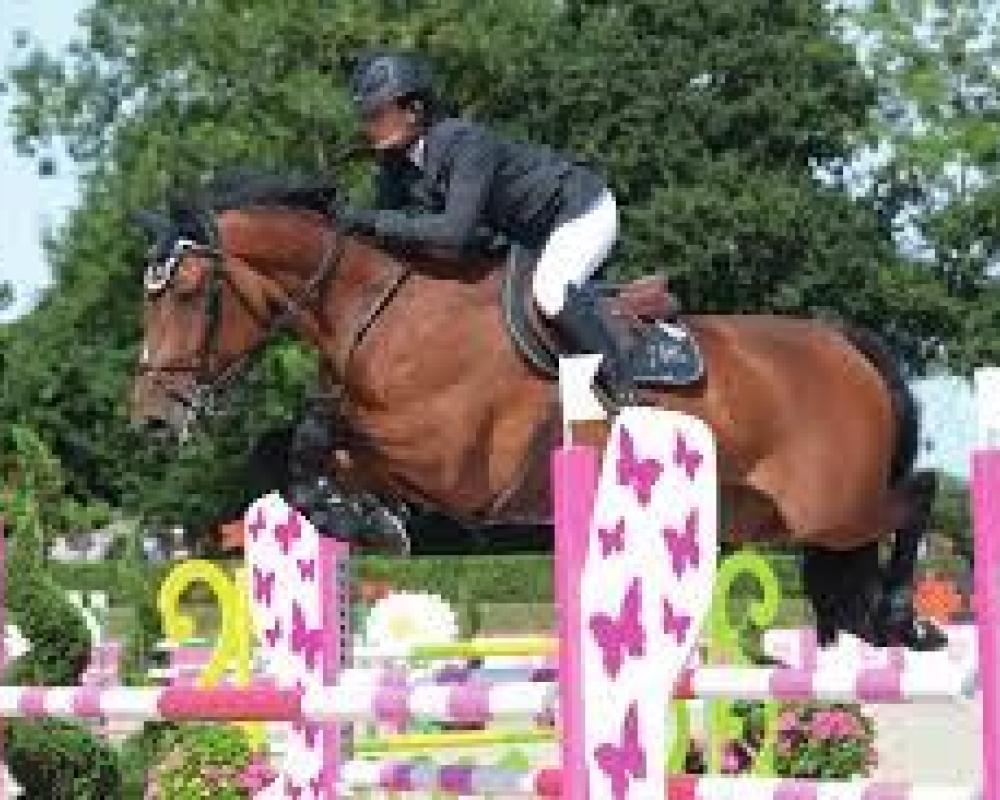 Veronese was on her way to highest level (2 victories at 1.35m, at 6 yo) under the saddle of International French rider Patrice Delaveau (who was also riding Orient Express* HDC) before being injured.
Veronese is sold as a broodmare. She had surgery for her injury and we have a letter from the French veterinarian that reads the operation was successful and that the mare could come back to competition, after foaling. So if the next owner wants her to go back to work, it will be an extra bonus. Please keep in mind, Veronese is sold as a broodmare, we did not put any value in the fact she might come back to the highest level of competition. Please do not ask for xrays, vet reports,… we do not have them beside the letter mentioned above. Veronese is not lame and can be with or without shoes.
If you are looking for an exceptional horse, add an elite bloodline to your breeding program or start one, we can safely say: "you do not have to look further!"

Veronese is in foal to the very rare stallion Orient Express*HDC (2014 Team and individual reserve world champion), since he is only available in fresh semen from the stud farm in Europe where he is stationed. Orient Express*HDC has only 42 offspring.

Orient Express*HDC: An already remarked production...
- An Orient Express*HDC’ s foal (Ithac Express) was sold for more than US $90,000.00 in October 2018
- Global Express (Orient Express x Almé) is an outstanding KWPN stallion who obtained a whopping score of 76.5 points with an 8 for canter, rideability and attitude at his inspection
– Aldo du Plessis ranked Elite in the SF studbook at only 6 yo (14 clean rounds out of 14 courses at the 4 yo Championship)
- Call Me Express (mare): 16.75 (out of 20) at the 5 yo SF Championship (5 clean rounds out of 5 courses)
- Cash du Plessis: vice champion of the 3yo SF stallion inspection (sold to Nick Skelton)

Orient Express has an impressive show record (selection): Ranked “Elite” at 5 yo by the SF studbook, he won the 6 yo SF championship. Orient Express won the Falsterbo and Gijon CSIO5* Grand Prix as well as the Liège CSI4* in 2011. In 2013, he won the finals of the Nations Cup in Barcelona with the French team. He also finished 3rd at the Aix-la-Chapelle CSIO5* and won the Paris CSI5*-GCT. He is the 2014 Individual and Team Reserve World Champion. He also won the Rotterdam CSIO5* the very same year. In 2015 he finished 6th of the La Baule CSIO5* and 1st in a 1m50 class at the Paris CSI5*-GCT. In 2016 he won the Coruña CSI4* Grand Prix, he placed second of the Antwerp Grand Prix and of the Knokke Grand Prix and 6th in a 1m50 class in Los Angeles.

The foal is expected for May 2019 and comes with a substantial insurance.
Please see description of the in-utero foal: https://www.warmblood-sales.com/HorseDetail.asp?HorseID=47688&UserID=17…
This is a professionally bred foal by a top European professional. The connoisseur will appreciate the sophisticated in breeding on 2 legendary stallions: Quick Star and Le Tot de Semilly.
Veronese's foal will inherit lots of blood, scope and power due to the presence of Quick Star on the Sire and Dam Lines and a good canter, balance and great mind from Diamant de Semilly.