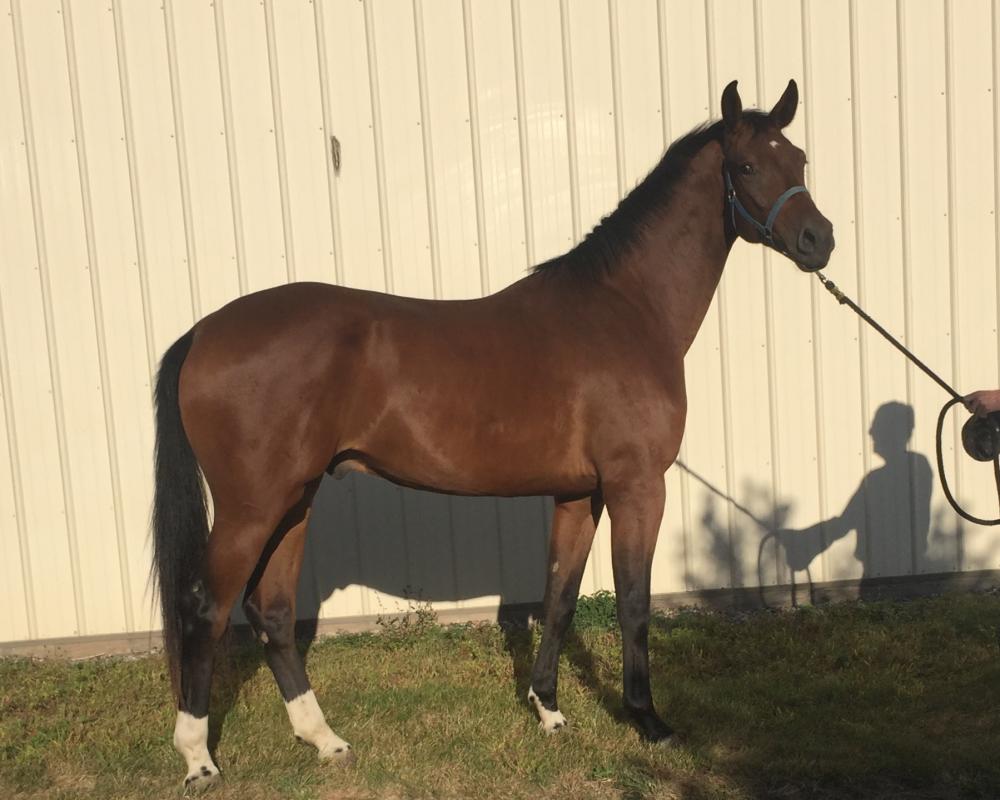 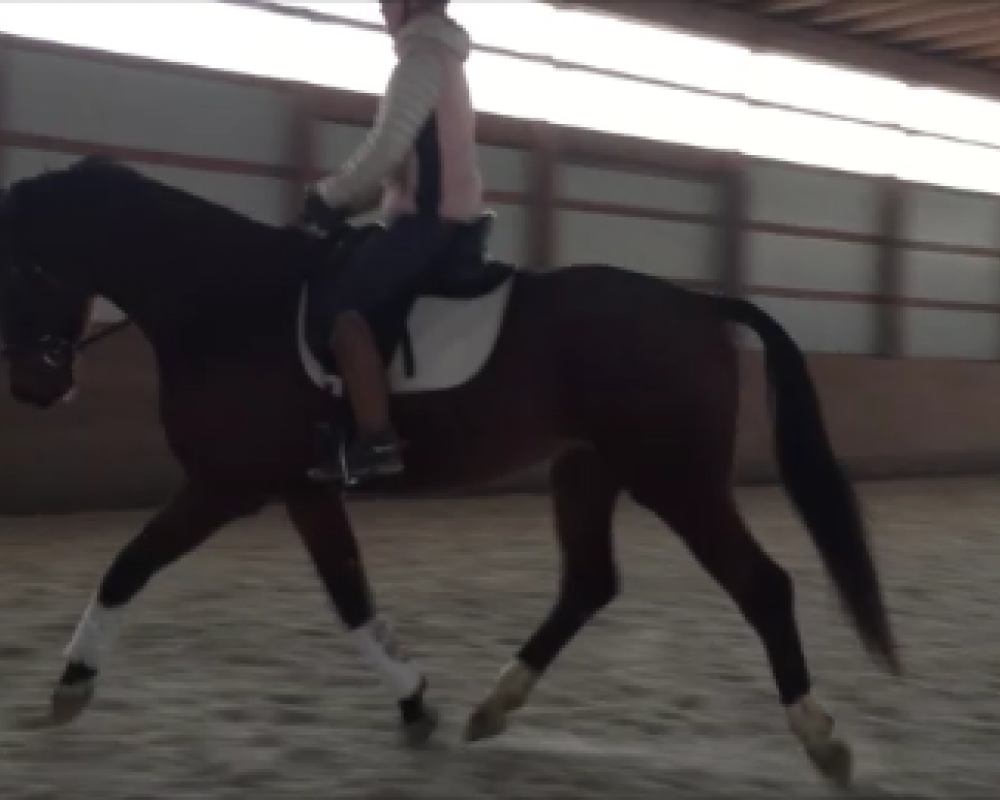 Vhiognier ("Vinny") is under saddle and gaining confidence under his new rider, RSF trainer Jocelyn Kraenzle. He is very beautiful, has correct conformation and movement, and three super gaits. He is sired by the very highly regarded Vitalis and out of a super producing mare by Stedinger/Winterprinz- grand Prix talent in his pedigree. He was named Premium and Foal of Distinction at his foal inspection and under saddle, he is showing the promise his pedigree suggests.

Vhiognier-
PREMIUM and FOAL of DISTINCTION German
Oldenburg (GOV) 16.3 h coming four year old
gelding born 5/21/16 by Vitalis (Vivaldi/D-Day)
out of Elite Stute Shirlene
(Stedinger/Winterprinz). Vhiognier's sire, Vitalis was the first reserve champion of the
MRW stallion licensing in 2009. As a foal in Holland, Vitalis won
the Dutch Foal Championships. He had very high dressage
scores at his stallion test in 2010 in Warendorf— being the
highest scored stallion in the dressage phase with 129.7 points.
He did well in the Dutch championships and in the World
Dressage Championships for 5 year olds in 2012. He was sold to
an American who competed him at the US Dressage
Championships as a 6 year old, winning with a high margin and
scores of 10.0 for trot and 9.8 for canter. He is now owned by
Shockemohle Stables and is competed successfully up to
Intermediare I. Vhiognier's dam, Elite Stute Shirlene was designated an Elite
Stute (mare) by the GOV in 2015 on the basis of her outstanding
produce record. Shirlene was presented to the GOV on August 6,
2009. She was entered into their main mare book with a score of
7.16. She received 8's for the trot and general impression, and
neck- very high scores for the GOV. She is sired by the famous
Stedinger and out of a mare by Winterprinz, who achieved FEI
results being trained solely by his amateur owner rider. She was
a very successful broodmare at Rolling Stone Farm.
Vhiognier is beautiful, with
correct conformation and
very good movement in all
three gaits. He has a
good disposition with a willing
rideability.