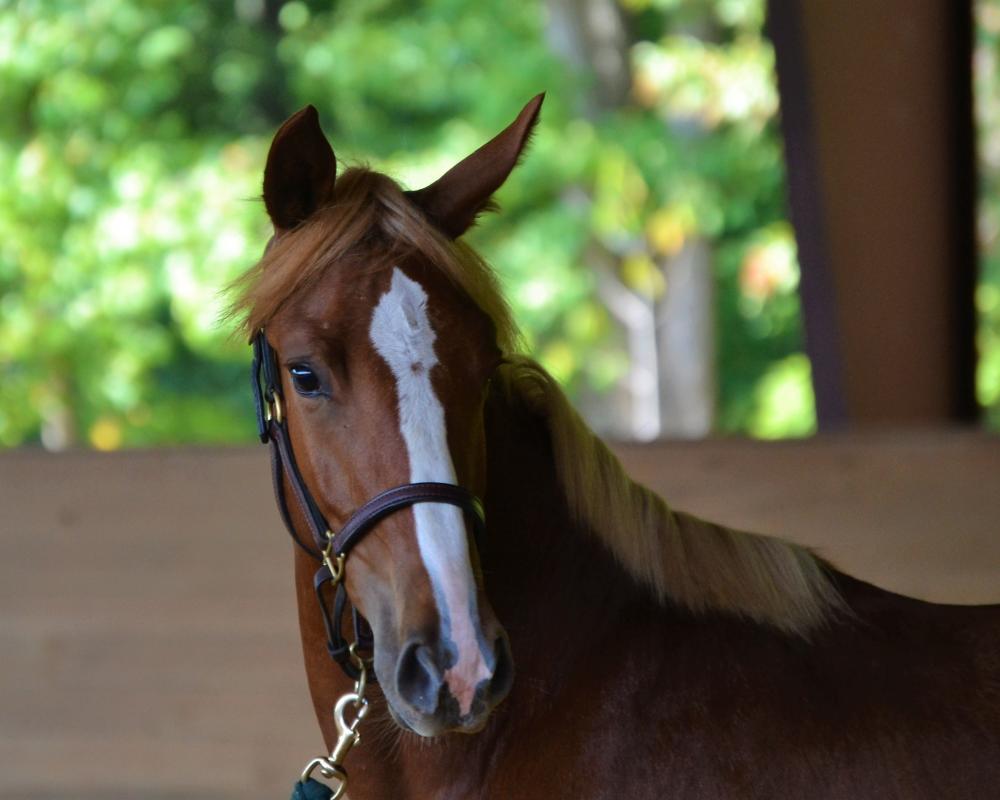 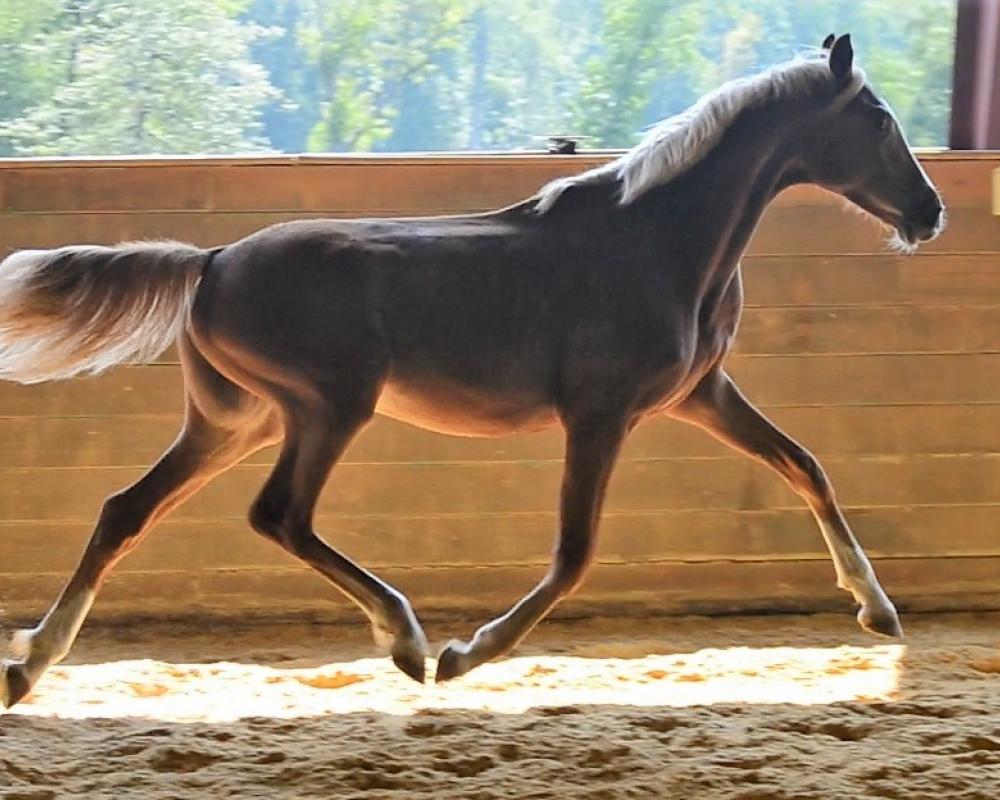 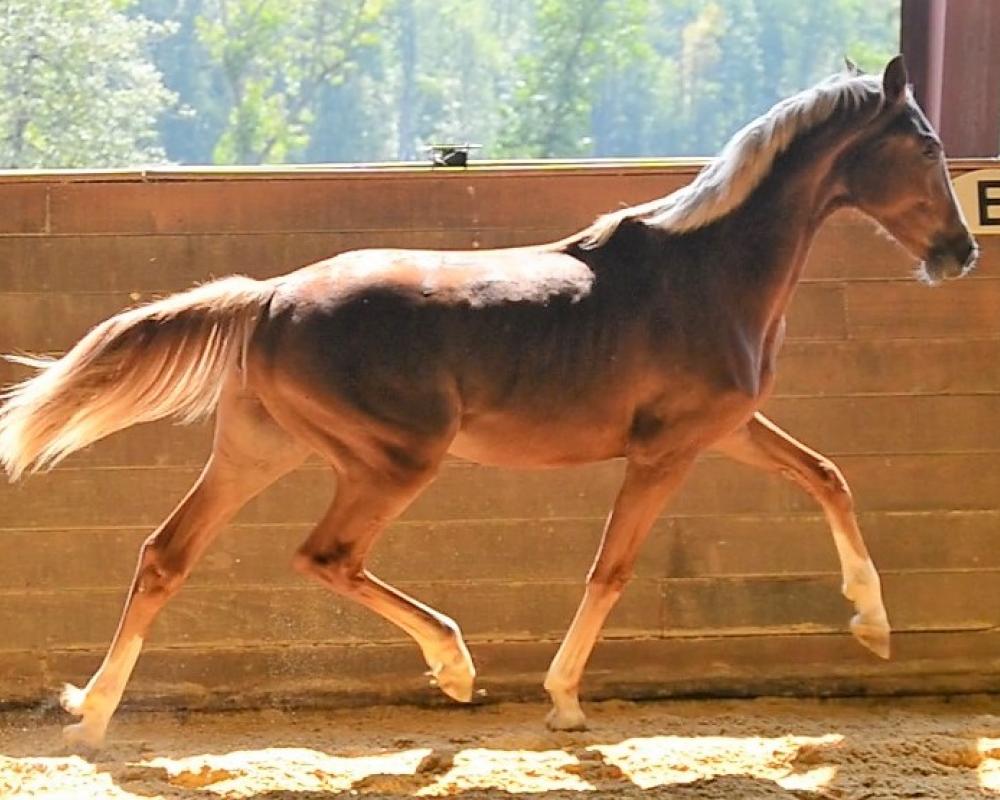 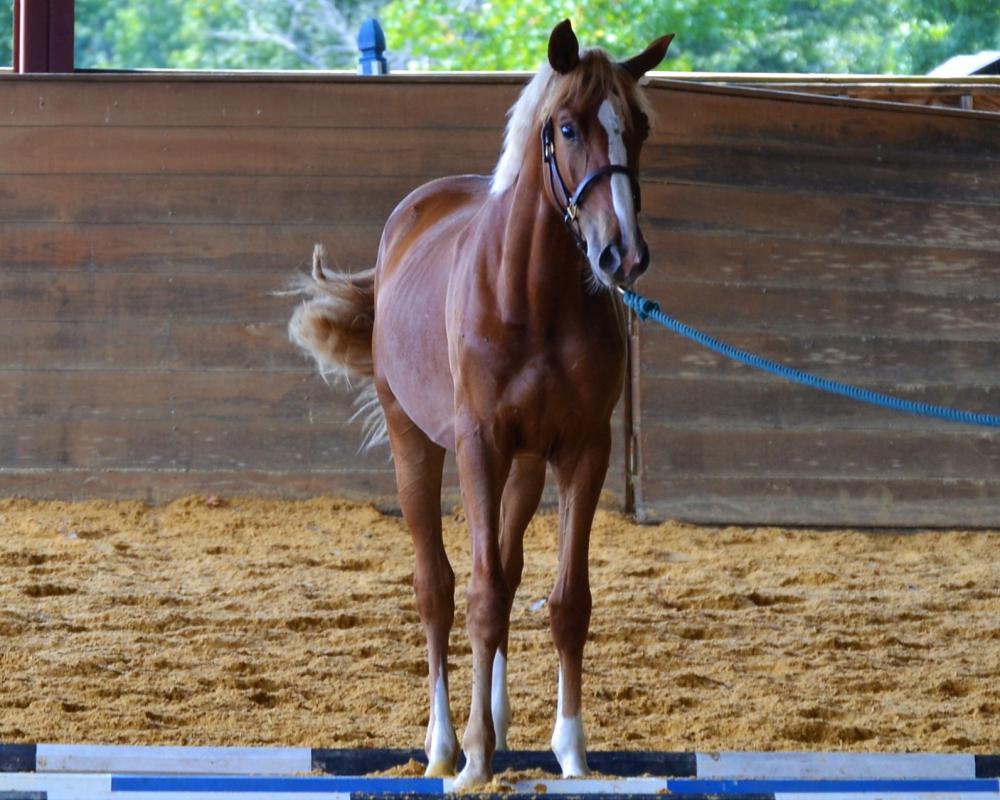 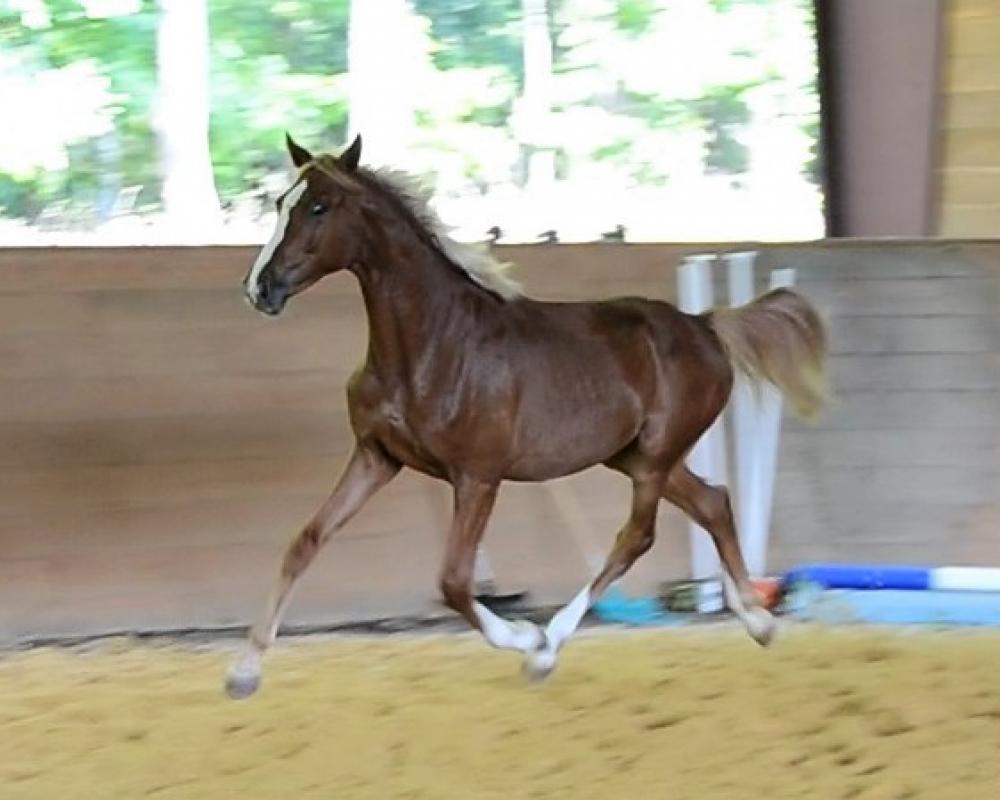 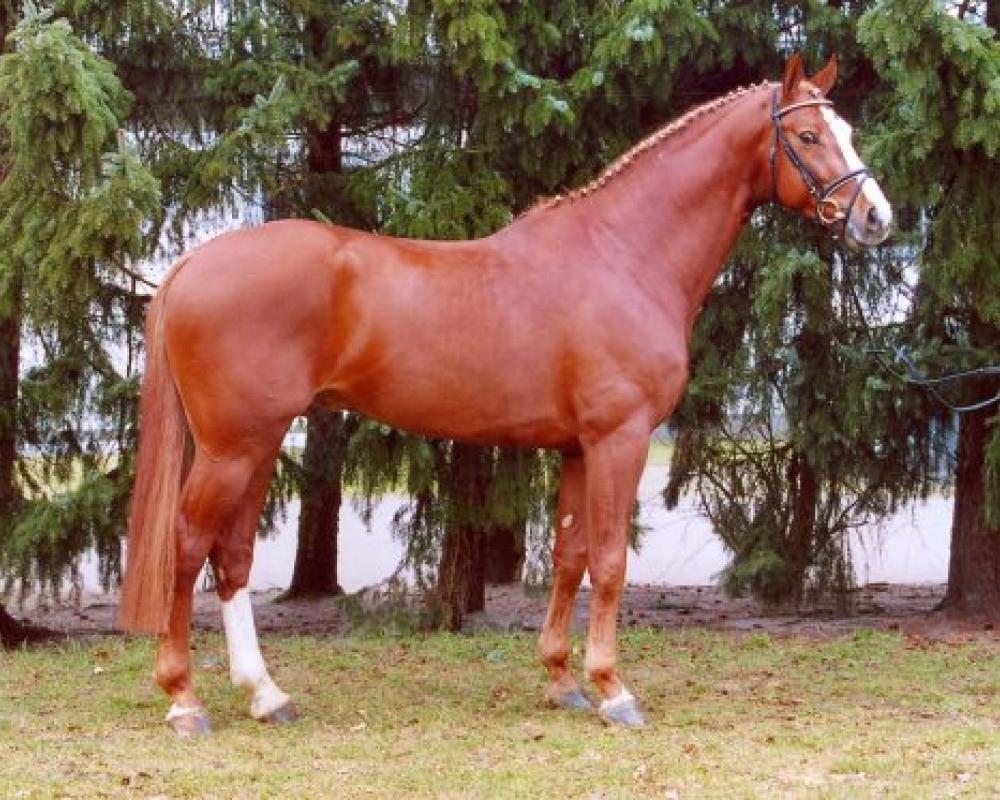 Vianne aka Anne was born May 19, 2018. She is a Hanoverian Filly by the Elite stallion Valentino and out of a mare by Federalist. As a foal, Anne was given fabulous feedback at her inspection with comments such as, "very active hind end" and "oily, free shoulder". She is the epitome of a modern sport horse and should make a competitive partner in the future. Anne was bred for the jumper ring, but also has the movement for a career in dressage. Anne has a good brain and is willing in anything she is presented with. She is expected to mature to 16 hands. Stands for the vet and farrier. Good for leading, bathing, etc.

Vianne's sire, Valentino, is a very striking modern type stallion with a lot of presence and who is also very well known for his intelligent kind nature. A powerful jumping stallion who earned a spectacular 9.6 for jumping ability and 9’s for temperament and willingness at the 2005 Stallion Performance Test in Adelheidsdorf, Valentino easily won the jumper division of the test, and was the Reserve Champion overall out of 48 stallions. In the Show Jumping portion Valentino scored 141.47, for the dressage phase he scored a 121.09 and overall Valentino scored an impressive 136.89. Valentino went on to very successfully compete up to advanced S level show jumping under Karen Biermann. In 2012 the pair placed 4th in the Kl.S* in Kemnitz.