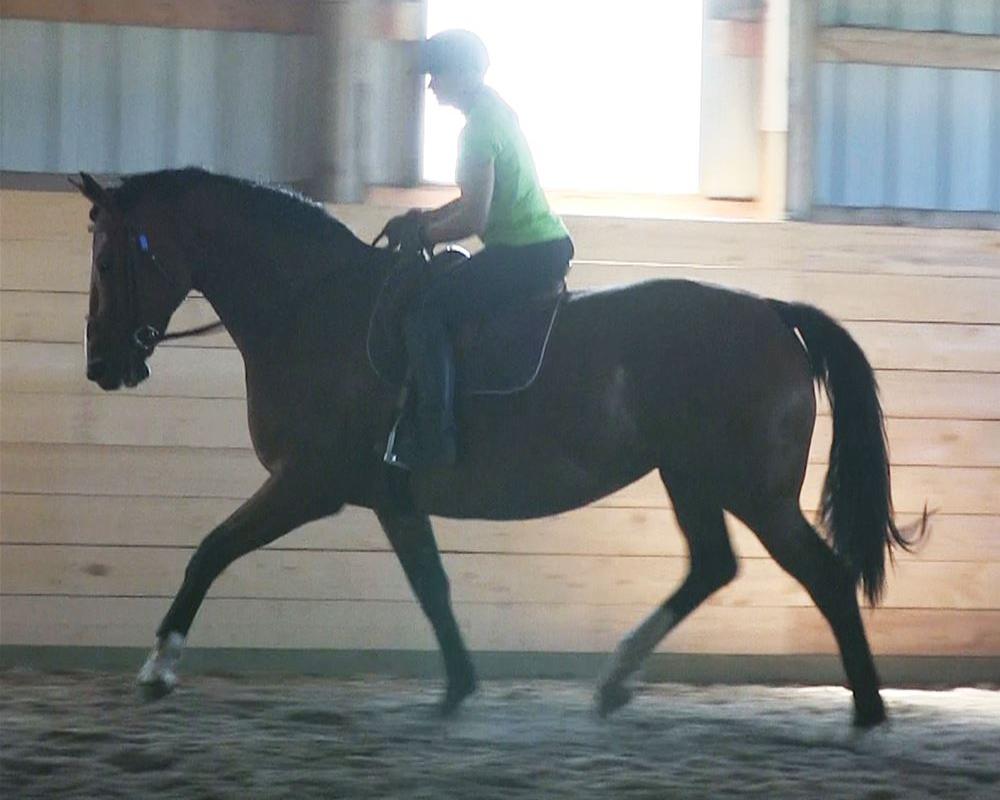 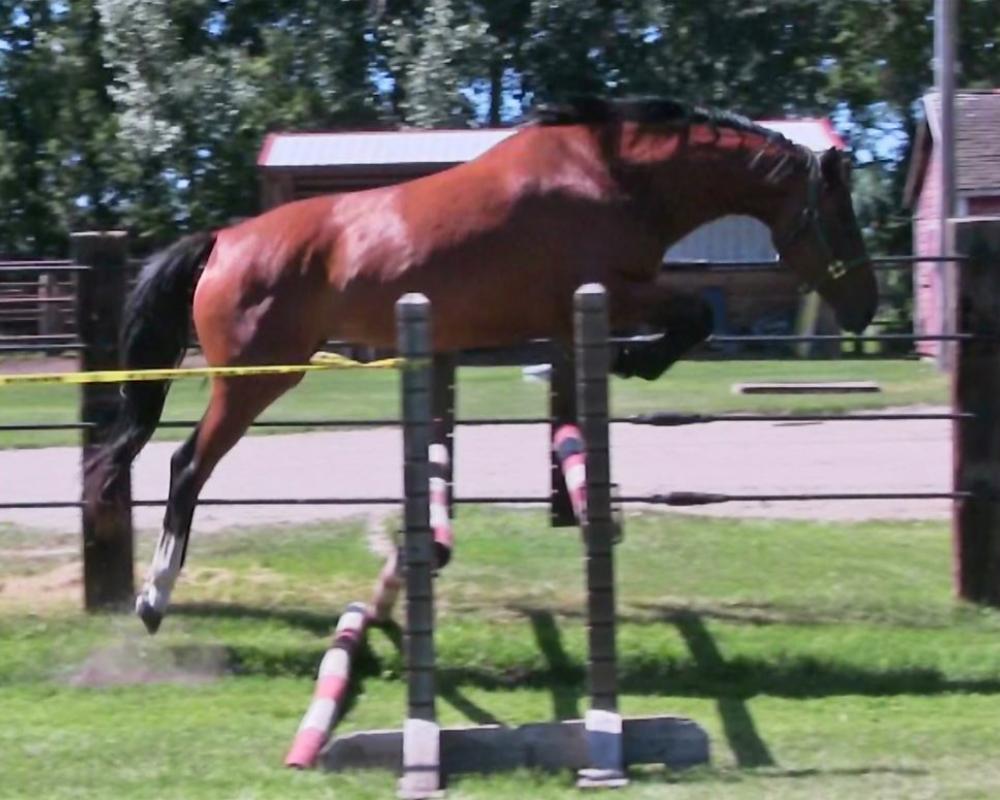 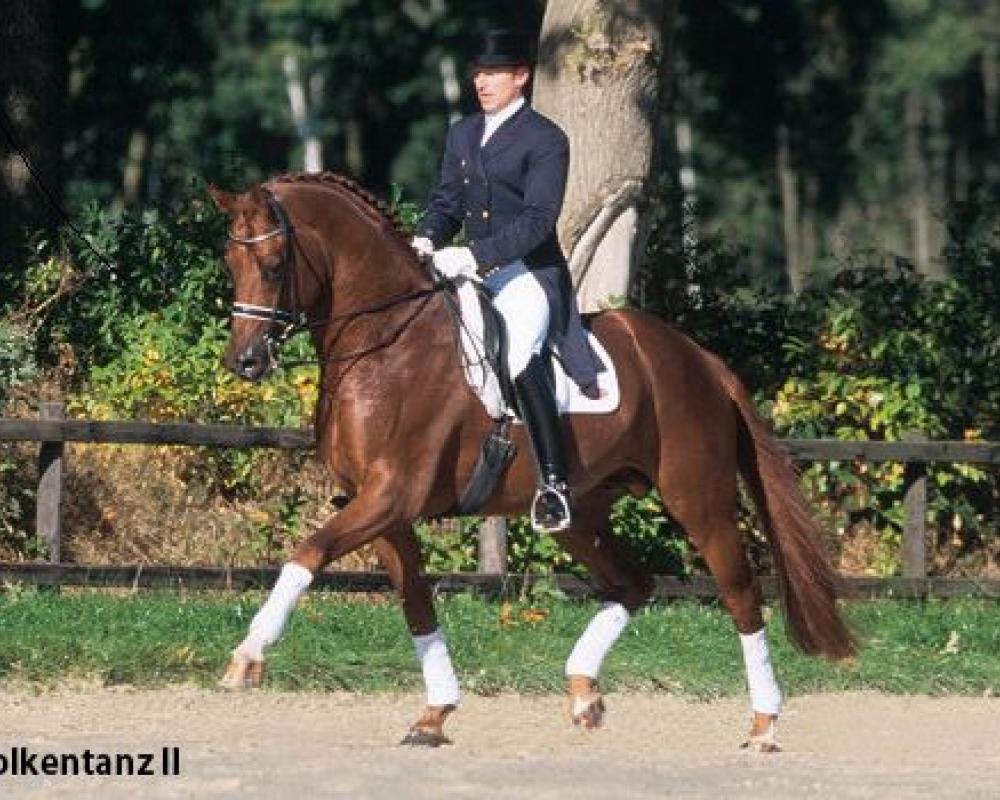 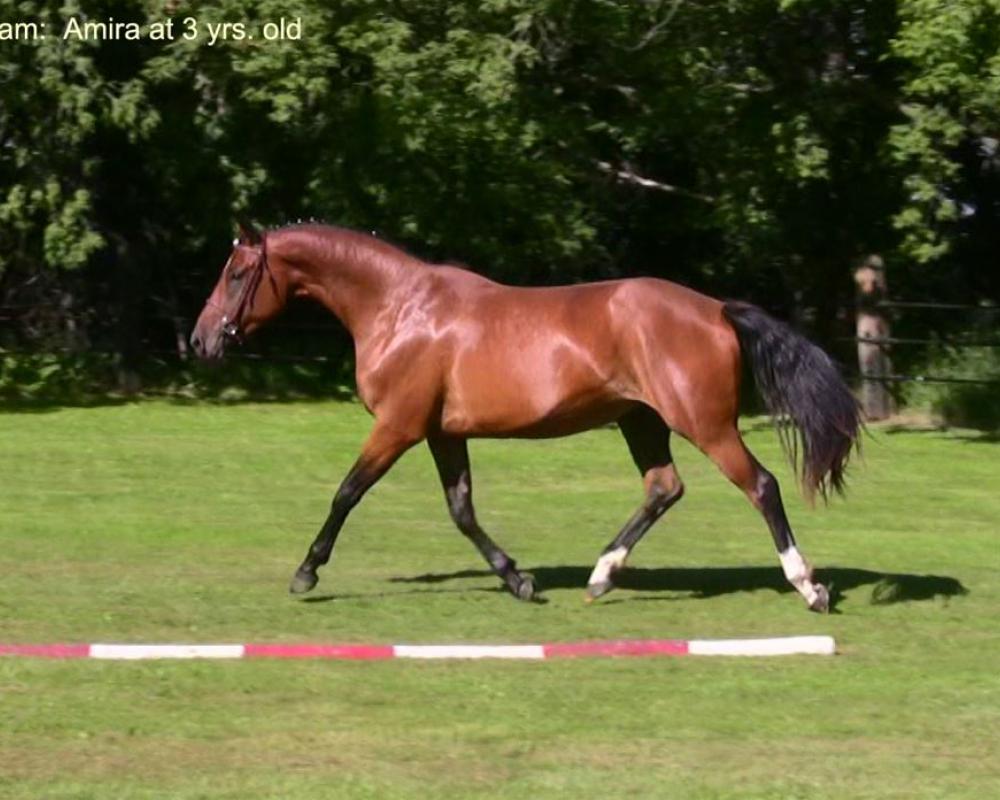 West Indies (Indie) is by the imported Hanoverian stallion, Wolkentanz II, out of the lovely Oldenburg mare, Amira, by Autocrat. Registered with the German Oldenburg Verband, Indie was awarded a Premium at her foal inspection. She is a beautiful mare with lots of presence. She has the willingness and rideability that her sire, Wolkentanz II, passes on to his offspring. In her video under saddle from May 4, 2018, she had less than 20 rides. She very responsive and tries to please. Indie is sweet and likes attention. 16.3 hh

Indie's dam, Amira, was also given a Premium rating at her foal inspection by the Oldenburg Verband. She is a beautiful mare inside and out with lovely elastic movement that she has passed on to her foal. Amira is by, the approved Hanoverian stallion, Autocrat, imported from the Celle State Stud, Germany. He sired Hunter Champions in 2012 at HITS in Ocala, Florida and in Arizona, the 2010 USDF Horse of the Year Materiale 4 or 5 yr old mare, 2 Toronto Royal Governor General's Cup Reserve Champions (2008 & 2010), 2010 Toronto Royal 5th place horse in the Lieutenant Governor's Cup, Hack Champions, Provincial Dressage Champions, and Provincial Hunter Champions.