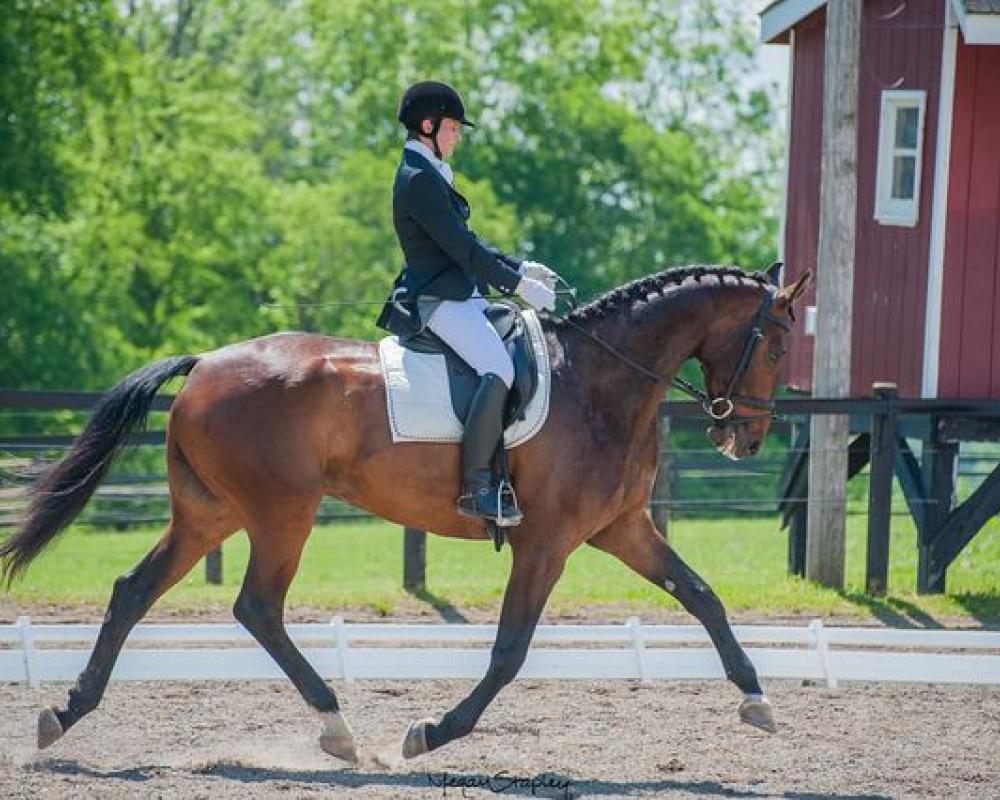 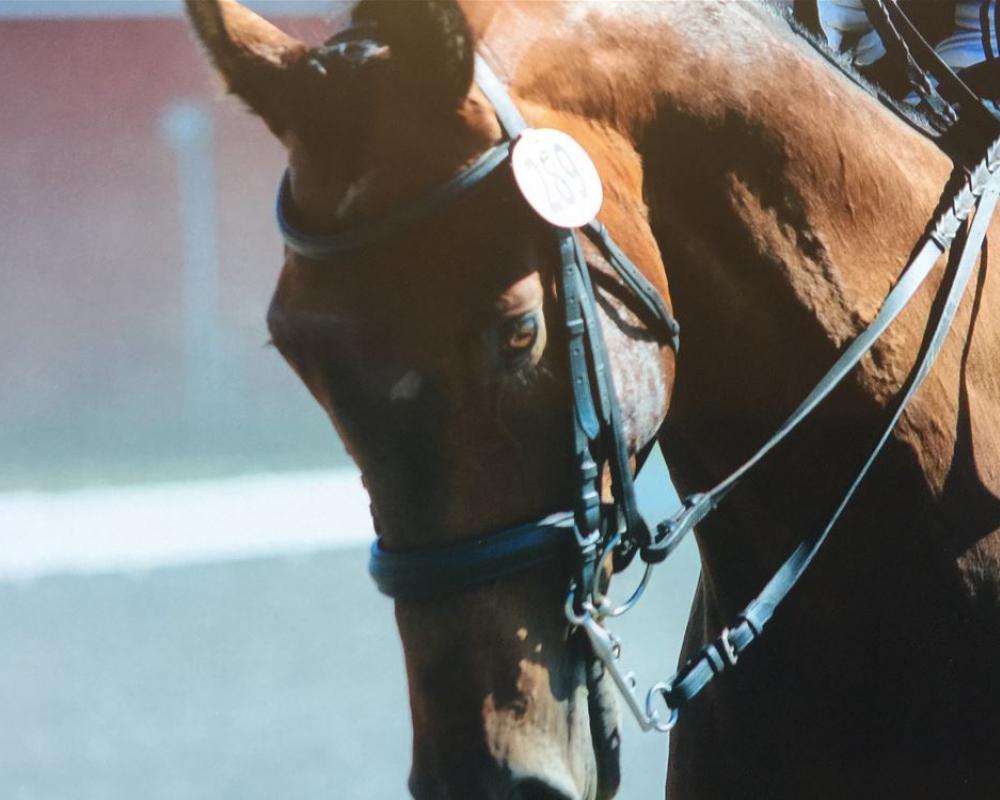 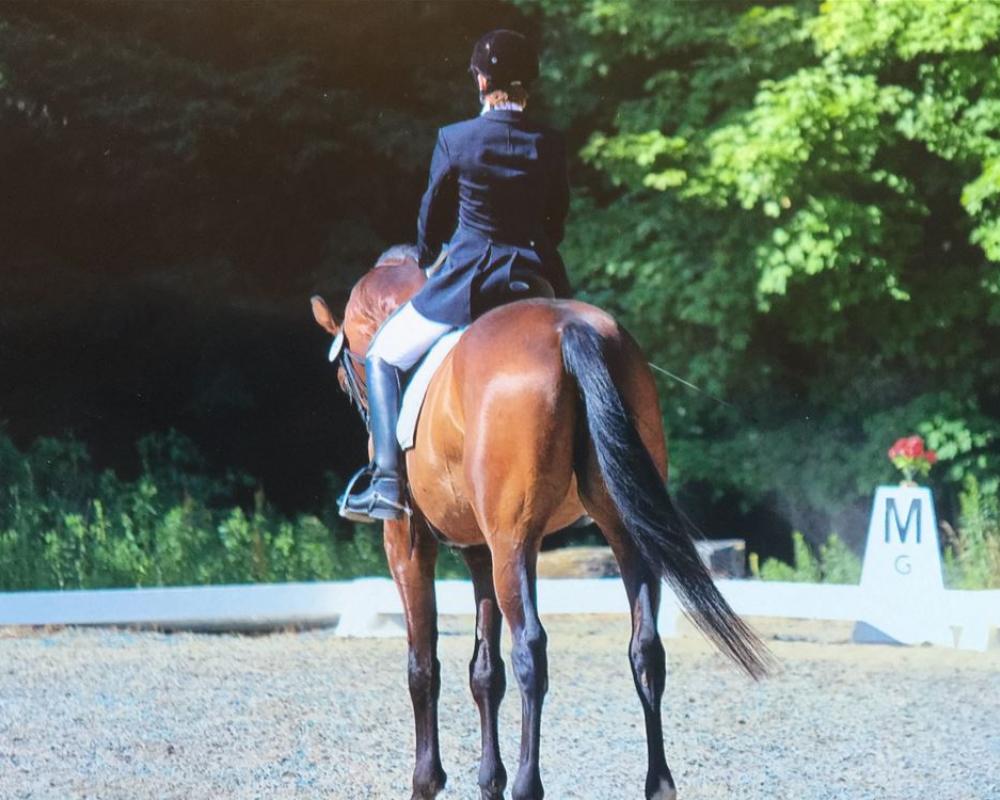 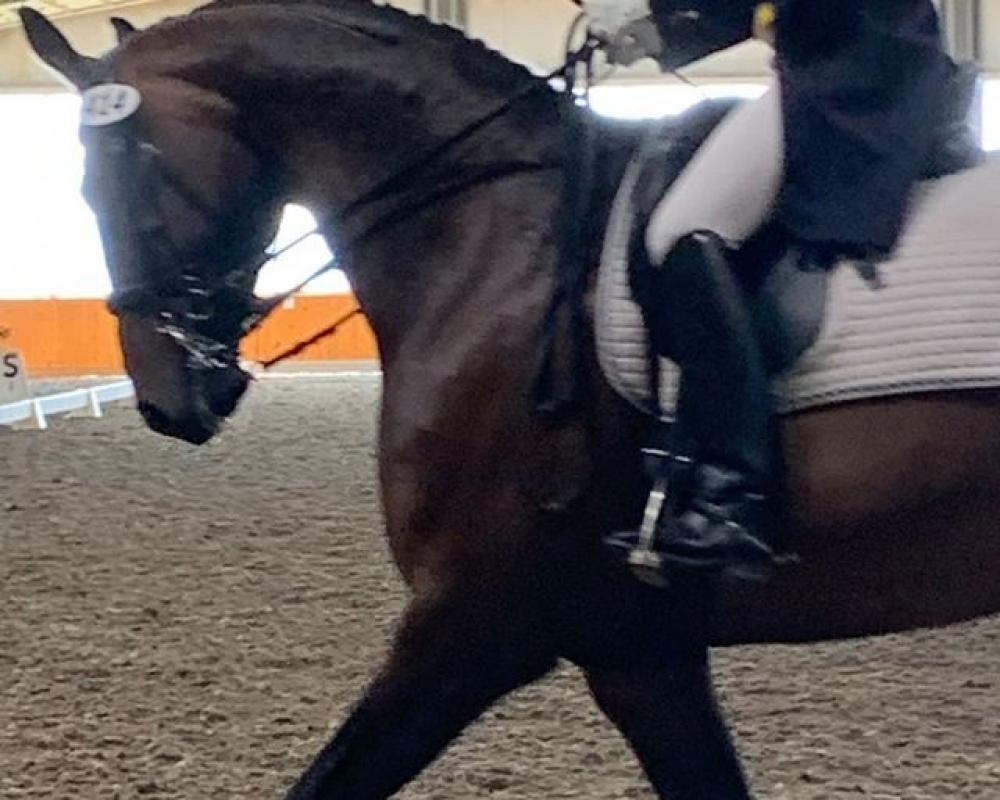 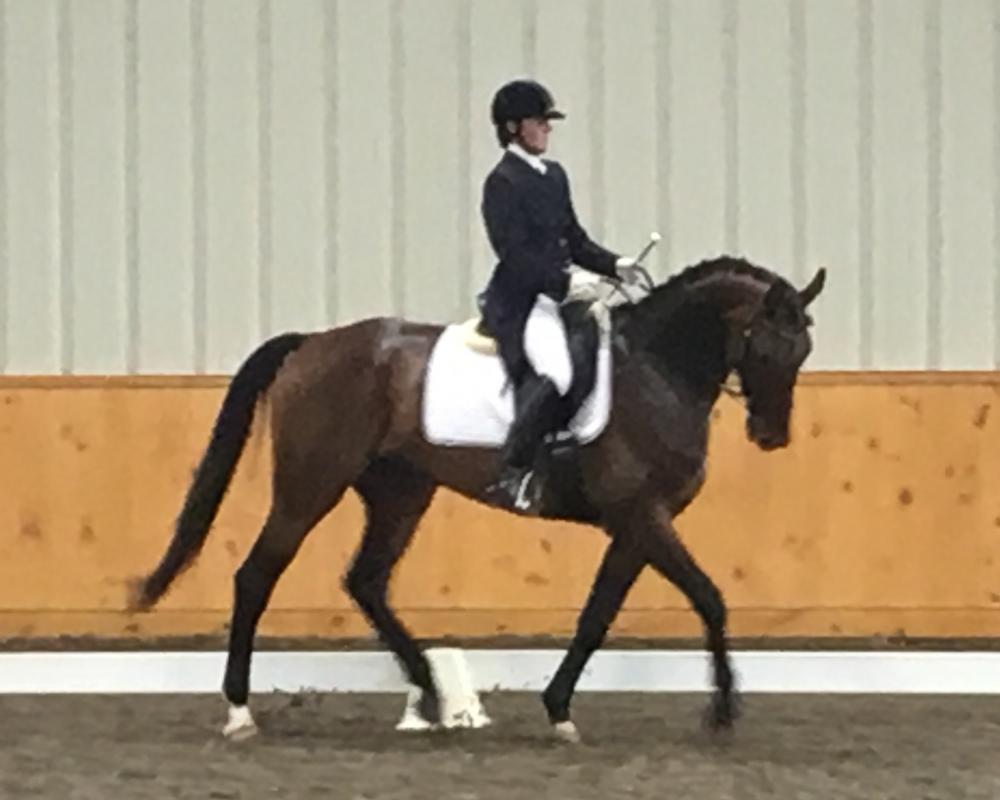 Whitman (a/k/a “NitWhit”) is a committed sandbox diva. He is a 16.3 hand horse, with a 17.3 hand ego which makes him a big personality and a horse that will usually perform better at the show than when schooling at home. Nothing makes this horse happier than an audience.

Expressive trot work, solid changes (schooling two tempi’s and waiting on his rider to be able to cue fast enough, has done one’s), loves passage, can compete in a snaffle or a double.

Whitman would probably best be suited for an ambitious and athletic rider (not a kick ride, but not always a volunteer either), he would be a great mount for a professional rider that needs a horse an owner could enjoy a lesson on and handle, but could really light up for a professional. Despite being owned and ridden by the same person his whole life, Whitman is not bothered by a strange rider hopping up on him and can deal with a more inexperienced rider as well. Though not the most ambitious animal, you can ‘go to the well’ again and again and he does not get too tense or stressed to continue. He would also be an excellent mount for a Young Rider due to his own ability and talent and willingness to deal with a rider learning the upper level movements without holding any grudges for rider mistakes.

Whitman can haul into a clinic or show, get tacked at the trailer and head right into the ring. He is an excellent traveler and is well mannered for clipping, farrier, and loves vets. There is no such thing as bad attention in this animal’s opinion.

Whitman lives on a working farm and is used to heavy equipment, driving horses, cows, etc. He can be trail ridden in a group (while bold in the arena, he is a bit of pansy in the natural world and while he can be hacked out alone, you would not believe a horse could walk this slow). Feel free to call or email with questions.

Owner earned their Silver Medal last year and is done competing. Whitman has been in light work this spring, but will be returning to full work for the summer and hopefully an updated video will be posted by the end of July. Leases with appropriate terms would be considered. Whitman would sell with the offer to be returned for retirement when the time comes.