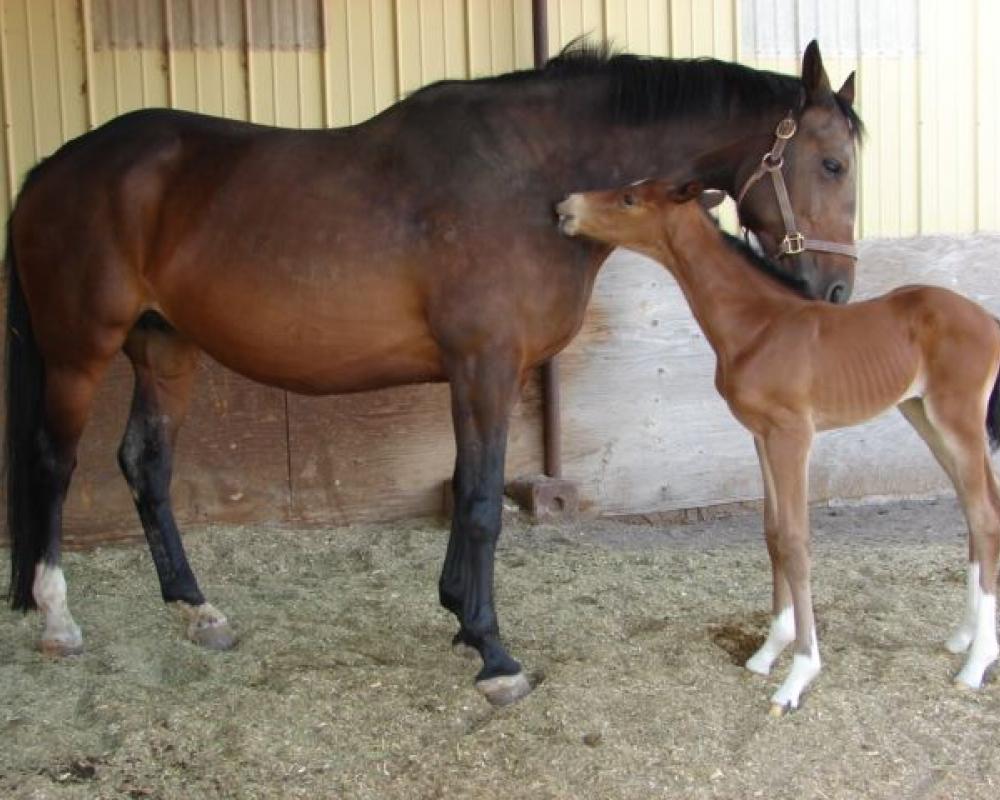 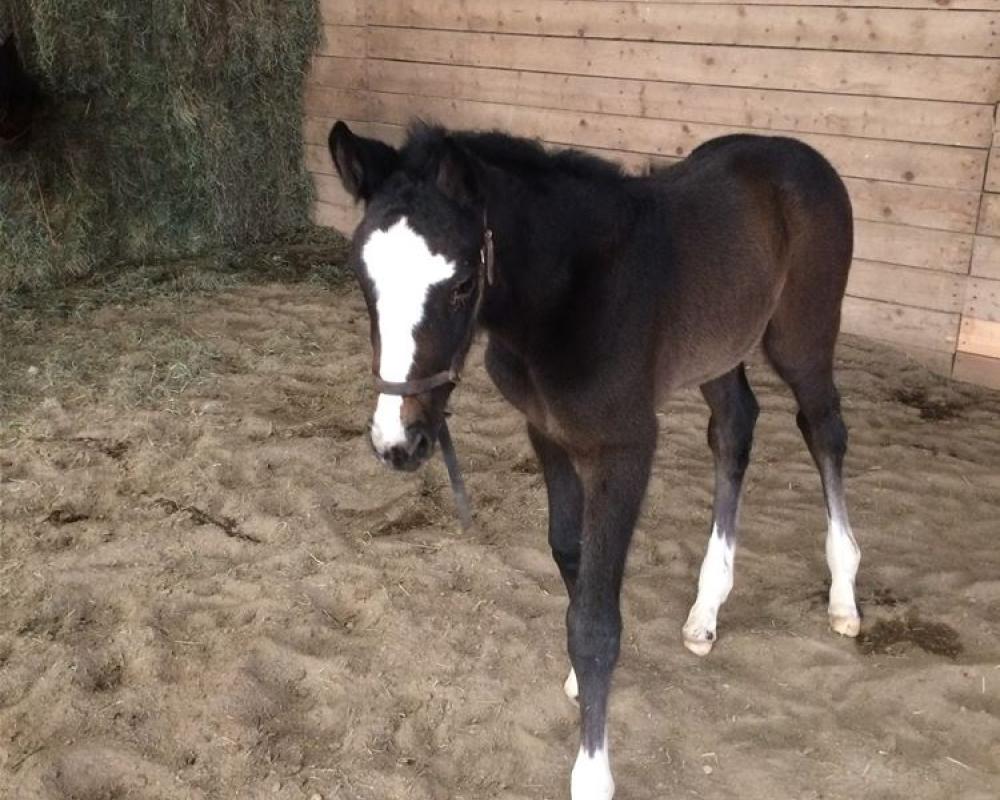 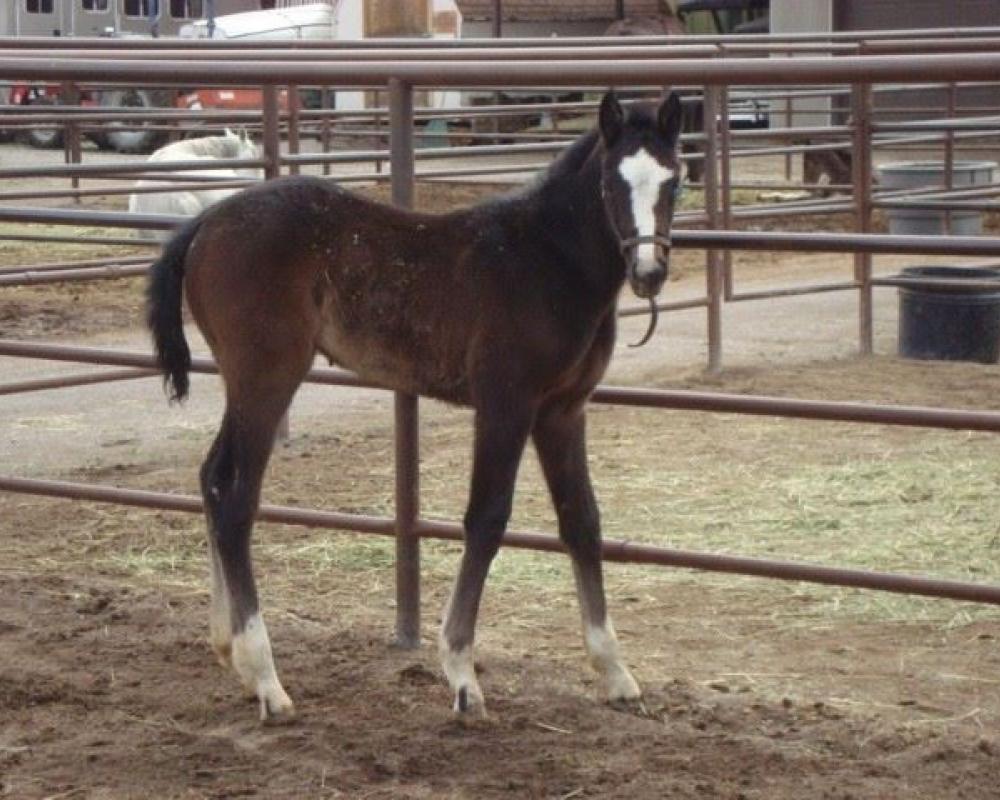 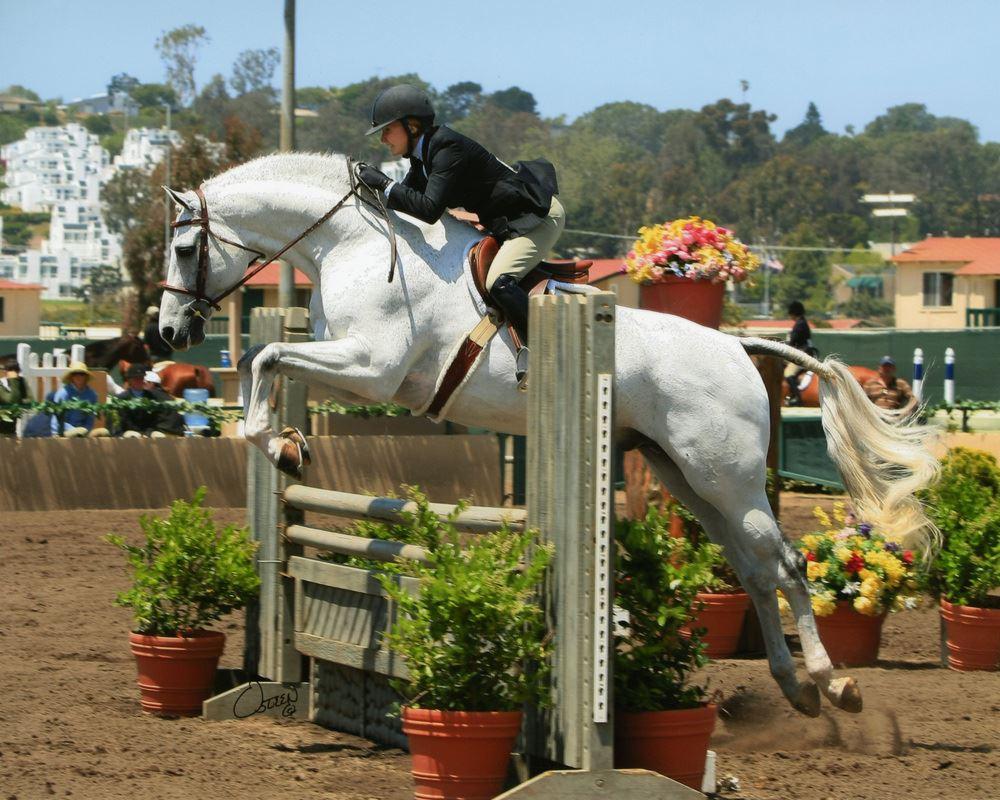 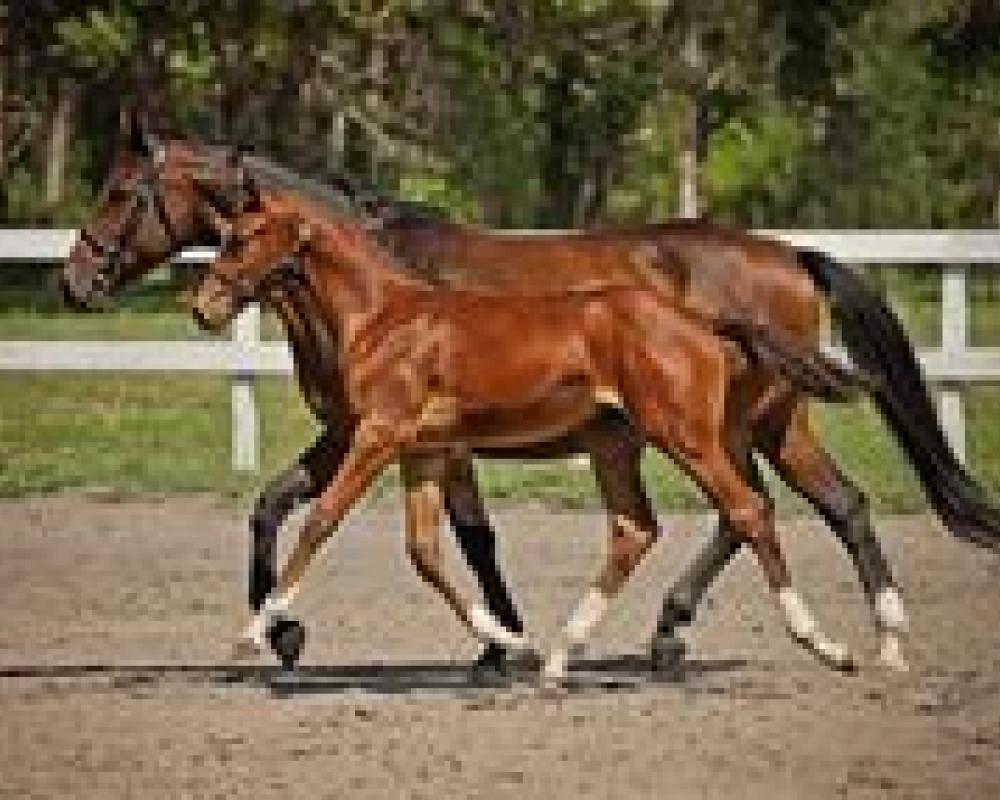 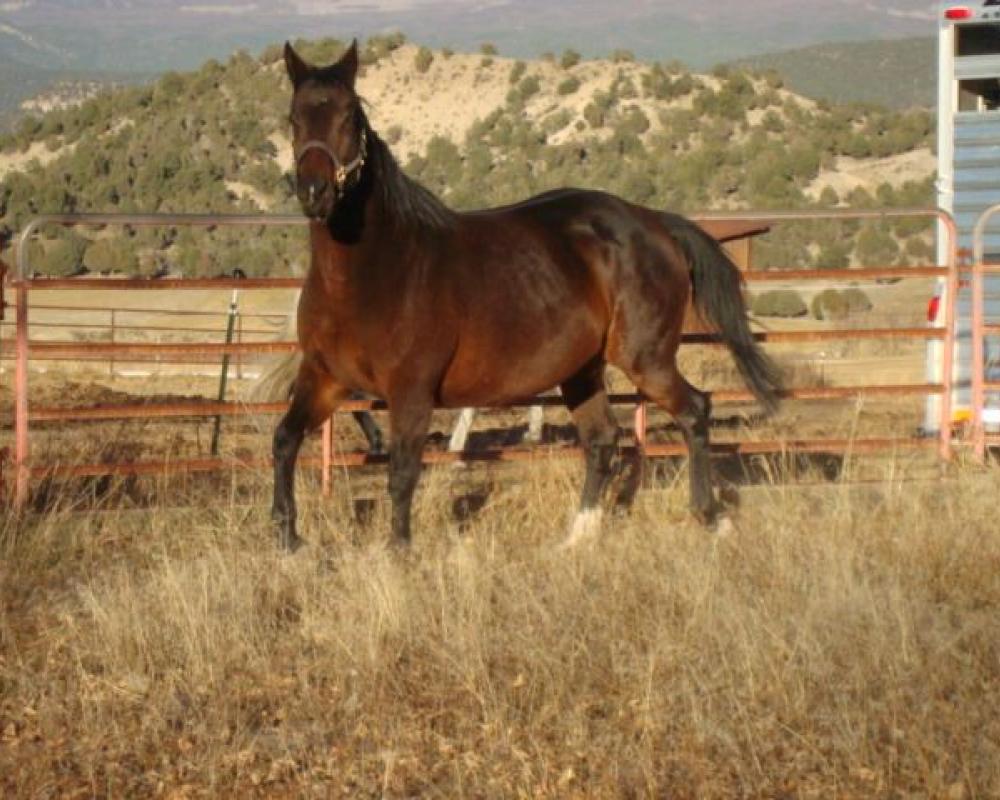 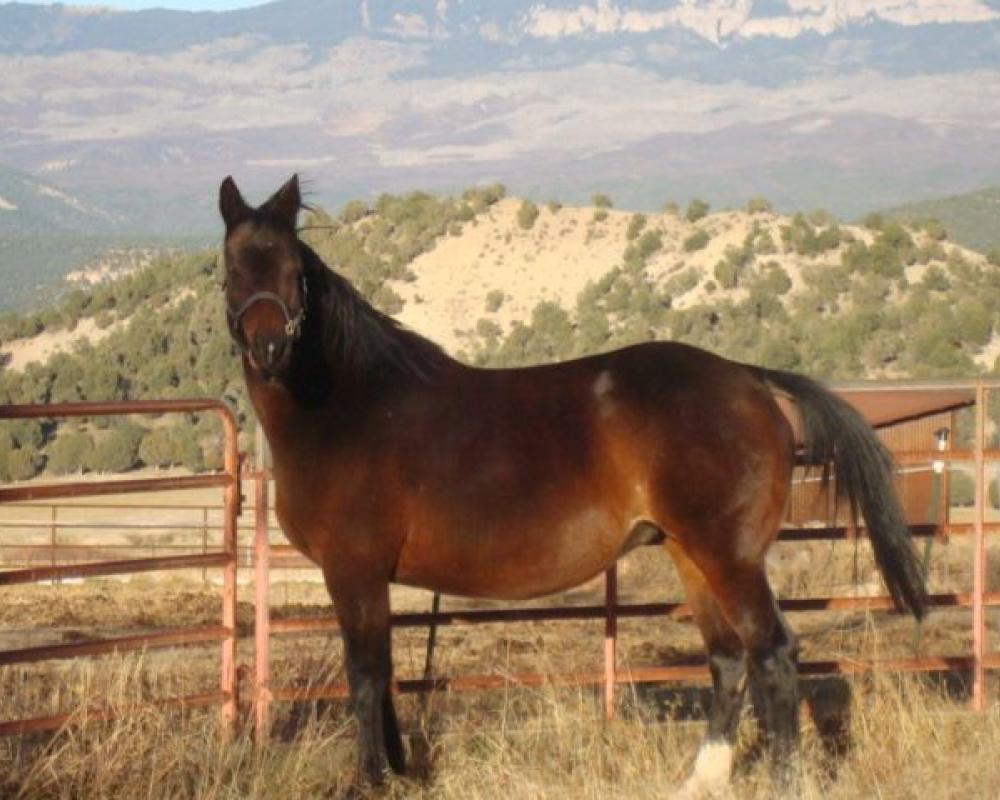 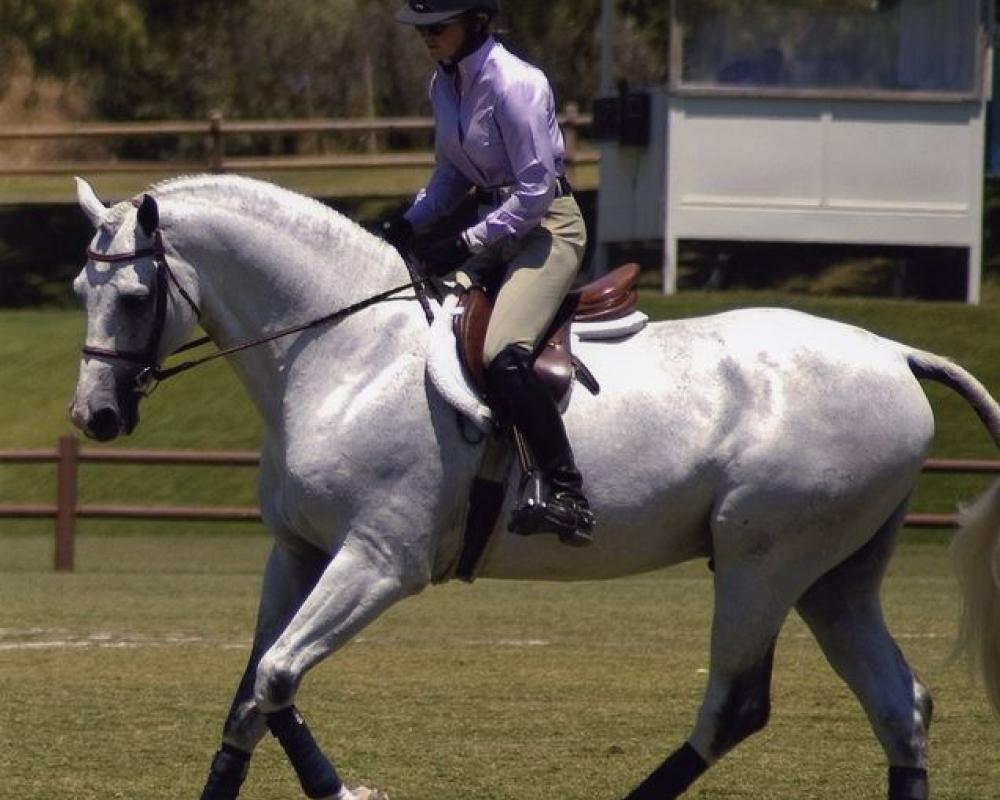 Ariadus, a stunningly beautiful premium stallion with near perfect conformation. He was awarded 54 bonits with "9" for his type and "8" on his legs. Ariadus is known for producing premium foals that have excelled in both the dressage and jumper arenas. Whypser's grandsire, Rantares, competed successfully through I1 and was the 2007 USEF #1 Dressage Sire producing both dressage and jumpers including the Holsteiner stallion Robinhood. Whysper began her career as a broodmare in 2012. She produces beautiful foals with outstanding movement, conformation and kind, willing temperaments. She is easy to breed, becoming pregnant on the first try and is a great mom. She is easy to work around with a great disposition. She is good for the vet, breeding, farrier, ties, loads, etc.

Whysper had a 2017 filly by Cunningham that was awarded a premium foal status at the AHHA inspection this year. This filly is also for sale. She had an attractive flashy 2013 gelding by Limoncello II and a fancy 2016 flashy half Andalusian filly. Whysper is open and ready to breed.

Photos of Whysper with her Limoncello colt, her 2017 Cunningham filly, filly's sire Cunningham and Whysper

Pleasant View Farm is a small breeding farm located on the Western Slope of Colorado. Cindy Feirn has been breeding horses for over 20 years. She usually breeds for only one or two quality Holsteiner foals each year. She has a very personalized breeding program carefully selecting one or two quality stallions each year for her premium mares to produce foals with outstanding movement, conformation and kind, willing temperaments.
Email Seller Now
Visit Seller Website
More Horses From Seller